The best thing about game two is that it fell on the same day as the Taste of Lakewood. Being one of our favorite days of the year, we couldn't necessarily predict that it would be the highlight of the day...despite the occasional downpour.

The Cavaliers made what started out to be an awesome day downright miserable.

Let's first start with the Taste of Lakewood. Having lived in the fine city of Lakewood for most of my 36 years and Steve for the past 20 (ish) years, we are very fond of everything that it has to offer, but mostly the walkability and restaurant/bar options. We appreciate the dining diversity and are always up to try all of the newest restaurants. 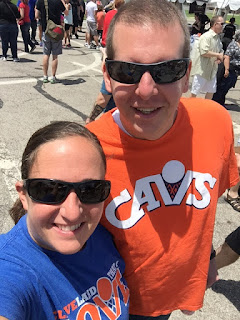 Located at Madison Park and only a few blocks from our house, The Taste of Lakewood is ultra-convenient. We always see fellow patrons we've met at restaurants and well as the slew of owners and staffers who have served us over the years. 36 restaurants participated this year and we took the opportunity to try five of them - Interesting enough, all located along Madison.

Woodstock BBQ has not yet officially opened their doors, but are located at 13362 Madison. We've walked by a few times and are very impressed with the décor transformation. We tried their BBQ pork sliders with corn and black bean salad. 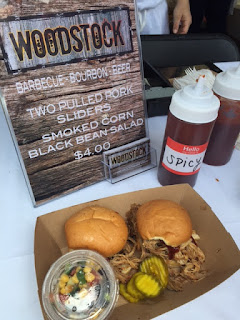 Buckeye Beer Engine is located at 15315 Madison and has really great burgers. When we visited with Kevin and Lisa last week, Lisa ordered the Bob'z Big Boy monthly special and said it was one of the best burgers she'd ever had. When we saw they had them "slider-style" we just couldn't resist. 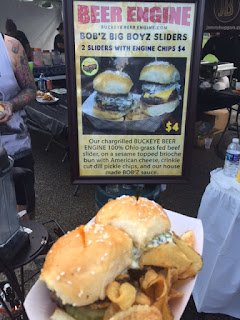 Chow Chow is located at 14201 Madison and is one of the newer restaurants in Lakewood. They mostly cater to take-out, but also offer a few seats in the small dining area. We have been looking to try their spicy fried chicken and this gave us the perfect opportunity! 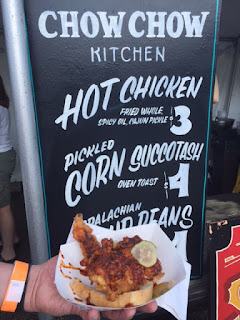 Roxu is located at 15607 Madison. Offering a menu of Japanese fusion, we tried a pair of their steam buns and slaw. 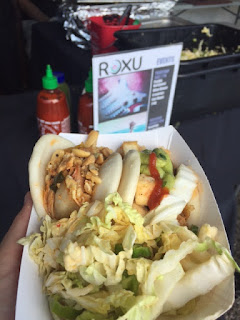 There were so many other restaurants that we wish we had the time and stomach to enjoy, but we look forward to visiting (some of) them over the next several months.

Louie and Josephine weren't quite prepared for the pounding that Golden State was about to put on the Cavs. 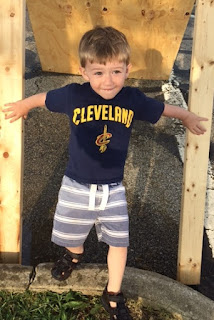 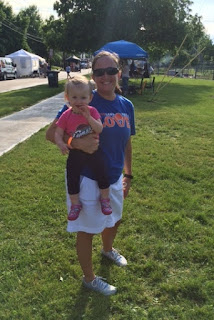 I'm pretty speechless. I had confidence that the Cavs would come out and play with passion, heart and talent and they did none of the above. The stats tell it all as the Cavs big three combined for 34 of the whopping 77 points after Kevin Love was limited due to a shot to the head and subsequent concussion.

The Cavs scored a measly 77 points, but not surprising after they shot 35% from the floor including a staggering 21% from three with 15 assists and were outrebounded 46-34.

Draymond Green led the Warriors with 28 points with five three's, seven rebounds and five assists while Steph Curry and Klay Thompson scored 18 and 17 points respectively. The three stars combined for 13-24 from three-point range.

Golden State overwhelmed the Cavaliers 110-77 to take a 2-0 lead in the series and have left Cavs fans everywhere wondering "What has gone wrong?"

Sometimes you just have to throw your hands up and wonder why do we invest so much of ourselves into these games?! 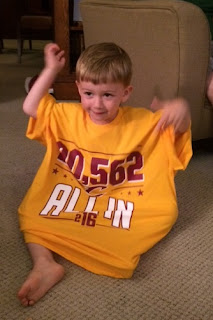 Adjustments need to be made and they need to be made now. I'll be headed to The Q with Sean on Wednesday and we'll remain optimistic that the Cavs will be able to pull out these next two games at home before heading back to Oakland. 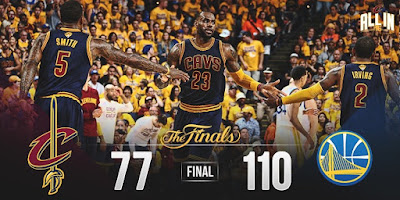