On the evening of February 11, Steve and I began our drive to where I was to run a half marathon at 6:30 am on Saturday morning. After stopping in , overnight, we finally arrive in on Friday afternoon. We soon made our way to the to pick up my goodie bag, race number, etc. To Steve’s delight, they were handing out free beer so he grabbed a couple for us as we walked around the runner’s expo. It was also announced that the race would be postponed for 1/2 hour due to incliment weather. It was cold, probably 28 degrees, and it had started to snow...

Here I am with the Half Marathon course map. 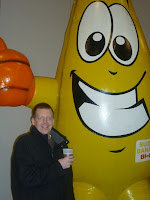 Steve with his free beer in front of a large banana (??)
We headed to The Market Common and ate dinner at Gordon Biersch Brewery where we enjoyed a beer sampler, an incredible artichoke appetizer and finally a nice chicken & pasta dish. It was all delicious and a nice pre-race meal. 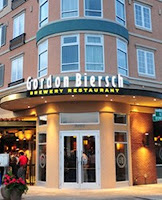 When we arrived back at the condo, we turned on the news to see if there were any further delays. I laid out my clothes and pinned on my race number. I was ready to go. An official announcement was to be made at 10 pm and when 10:30 rolled around, the bottom on the screen read that the race was officially CANCELLED…not delayed, not rescheduled, but cancelled. I was totally devastated and I cried. To some, this may seem a little dramatic (which I can be), but I am a really dedicated and a pretty obsessive compulsive person and anyone will tell you that right now, I am totally dedicated and obsessed with my running.

I was angry that we drove 11+ hours to get to MB, paid money, took several day off of work, etc., etc., But more importantly, I was totally devastated that the months of hard work that I put into training for this race had gone to nothing. Yes, I have the personal satisfaction of being in shape, blah, blah, blah, but racing is different. All runners know this. I love to run because it’s about personal gratification and only I can hold myself accountable. It’s me against myself. That’s the beauty of the sport. This was to be only my second half marathon and I was excited. I was also looking forward to qualifying for the National Half Marathon in March and this was the race I was going to use to qualify. I have set personal goals for 2010 and I was afraid this was going to keep me from reaching those goals. 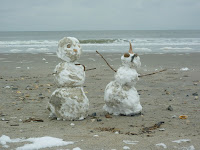 Steve found these two snowmen on the beach. 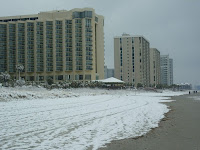 A view down the beach covered in snow.

A view of the pool from our window.
I didn’t sleep much, but when I woke up at 6:30, I wanted to run. I put on my winter running gear and Steve and I hopped in the car. We drove the 13.1 mile course and Steve let me out to run. I was not alone. The roads were clear and there were a couple hundred other runners out there with me. I treated this like any other training run and ended it after 10 miles. I felt refreshed and relieved. 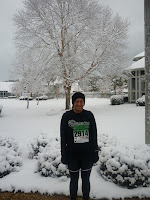 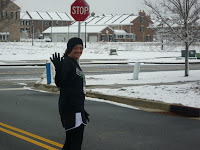 Soon after, we returned to Gordon Biersch so I could redeem my “free beer” for running the race that I didn’t run. Steve had a Bloody Mary. 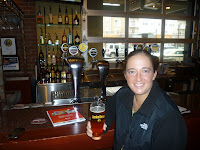 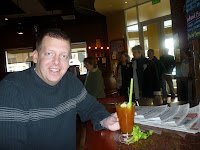 Saturday afternoon we drove the 2 ½ hours to to attend a baby shower for our friends, Karen & Greg. We were so happy that the timing of our travels allowed us to spend time with them and others. We don’t get to see them very often so the party and conversation really took my mind off of what had transpired during the previous 24 hours. I was almost over it J 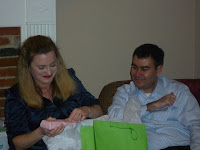 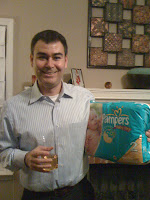 When we returned to , I searched online for races in over the next couple of weeks that would allow me to qualify for D.C. on March 20. I was happy to find a race in on February 28. It's called the "Last Chance for Boston" due to the timing in relation to the Boston Marathon registration deadline. Although registration for Boston is closed (and I won't qualify until I'm 80 years old!), I still have time to register for D.C. The race is only 2 hours from our house and they offer a half marathon. I could finally move on!

Stephen I spent our Valentine’s Day at one of our favorite restaurants, California Dreaming.

I was able to catch up on my sleep and then we enjoyed the rest of our stay. We worked out (after all, I have a half marathon to train for!), ate a lot, drank a little and enjoyed each other’s company. Here are some of the restaurants and bars we visited during our stay... 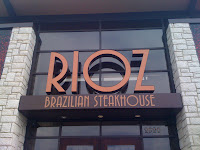 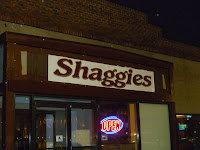 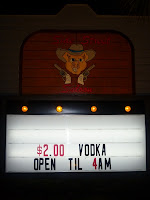 Side Street Saloon...Located in the same dump as the old Cali-Bakers. Unfortunately, we're too old to figure out whether they actually stay open until 4 a.m. 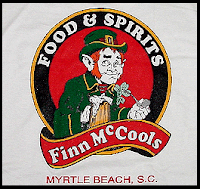 A place we visit every time we're in Myrtle Beach... 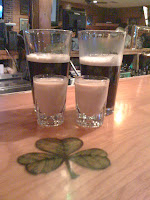 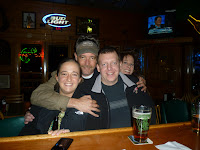 This year we even met some new friends!

Greg Norman's Australian Grille...They have a fantastic happy hour that's just too good to pass up. 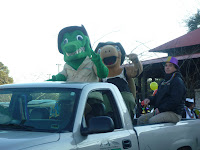 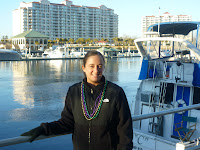 By the waterfront outside of Greg Norman's...I was able to wrestle some beads away from the little kids.

The Office Italian Pub...Another stop we try to make every time we are down here. 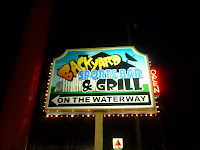 A new sports bar where we were able to watch the UConn/Villanova game. Go Huskies!

We look forward to each and every visit we make to Myrtle Beach.
Despite a few bumps in the road, we were still able to make this trip another memorable one!