Finally.
Steve finally received his Cavs Championship ring. So exciting. He even received a little replica championship trophy. The ring itself is HUGE and looks pretty silly on either of our hands, but that's what makes it awesome. I'm going to guess it will not be worn in public...ever? We'll see. 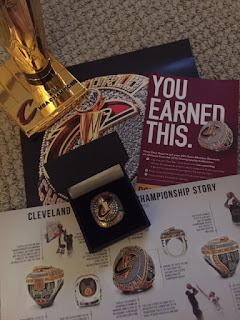 For months, Steve has been very possessive of this piece of jewelry that was not yet in his possession. I was actually surprised I was able to touch it! 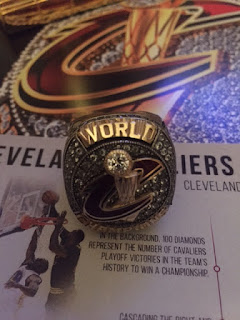 Having the Schur name on the ring is pretty damn awesome. 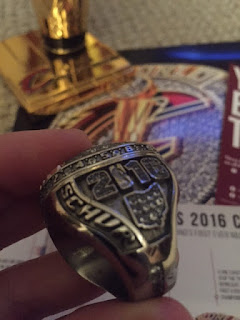 As most of you know, I am a chronic nail-biter. For as long as I can remember, it's been my biggest fault/vice (fill in the blank). I have good days and I have bad days and I have no chance of success whenever I am involved with any intense sporting event...enter CLE 2016. Yes, it's been a struggle. 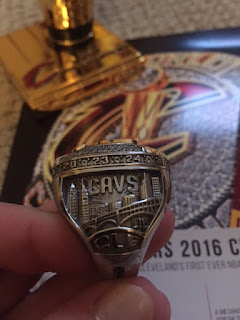 Anyway, Steve said he would let me choose ONE day when I could wear the ring...as long as I had had grown my nails to a point of a manicure. Baby steps, but...I'm. Almost. There. 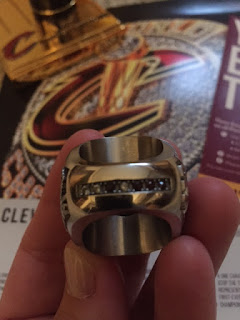 Go Cavs!!! We're currently sipping on a few drinks in the United Club as we wait to aboard our flight to Newark to visit our friends Jean Marie and Ron. I can promise another fun and exciting post will be forthcoming. Cheers! 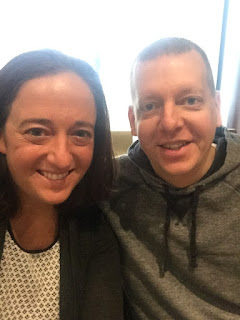 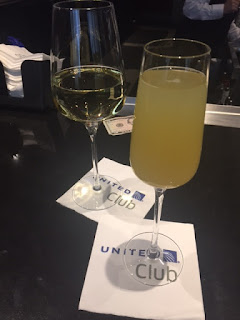