A Weekend of Racing in October

Lakewood hosts a handful of 5K races every year and if I’m available and uninjured, I try to participate. Not only is it convenient, but they’re usually small and my race fees go towards Lakewood organizations. Since we love Lakewood soooo much, this is just an added bonus! Last weekend Lakewood was the host to two 5K’s in as many days. They followed two different routes along Lake and Edgewater, so instead of choosing just one, I choose both!

On Saturday, I ran the Nature’s Bin 5K Neighborhood Run, which benefits four organizations providing services to people with disabilities in Lakewood and throughout Greater Cleveland. I ran this same race last year and improved my time by 47 seconds. I finished in 29:23 (9:27 pace) which was slower than I was hoping, but still a 5K PR (personal record) and that made me happy :) 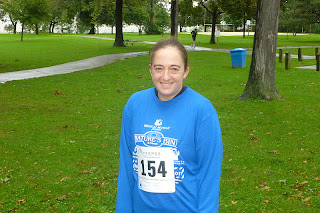 The weather was terrible...cold and rainy. Steve debated on whether he would withstand the misery, but he did and was one of four people along the route to cheer for me and my fellow runners. He is a diehard fan! 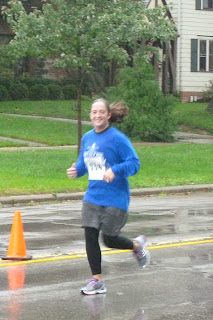 The following day I ran 's 5K Run for Excellence. As a product of one of LCA’s founding schools, it seemed appropriate for me to participate. I learned late Saturday that my brother-in-law Kevin and nephew Daniel would also be participating in the race festivities. 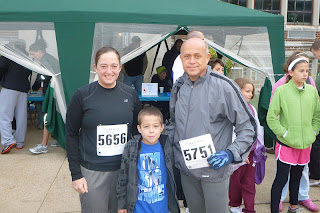 Kevin is a much more distinguished runner than myself, completing countless 5K’s, half marathons, and a handful of full marathons…he’s even scheduled to run two full marathons this month, including one on October 31st in Dublin, Ireland! I say this because he finished in 21:10 (6:48 pace) and would have finished faster, but strained his calf at mile two. He was even able to make it back to watch me finish...with plenty of time to spare :) 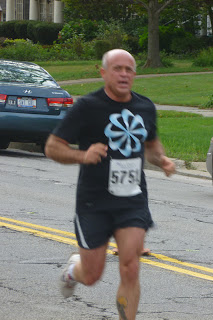 It was another chilly morning, but nothing too bad. Mom and Rich joined Steve to cheer us all on. I wasn’t expecting any blazing speeds and finished in 30:02 (9:39 pace) which was surprisingly enough to finish 5th in my age group. All that really says is there were a lot of slow 30-34 year old women running that day! 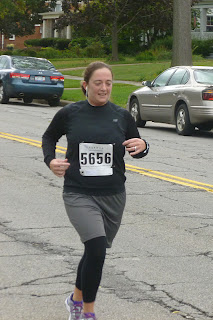 Following our race, we all walked to Lakewood Park to watch Danny and a ton of other kids run a one mile dash. Daniel was quite the competitive athlete and finished in 7:57 with a photo finish. It must have had something to do with his brand new pair of Asics! 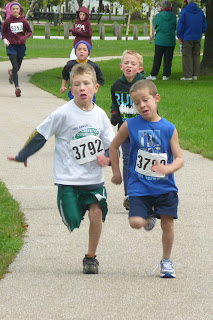 It was a nice surprise to have Kevin and Daniel there on race day. Since I've NEVER had anyone in my family run a race with me (hint, hint) their presence (along with Steve, Mom and Rich) made for a more fulfulling race day.
Happy running...
Posted by Shannon at 9:59 AM No comments: