Your back is against the wall.

Game Five was just that. Golden State was on the verge of clinching the NBA Championship on their home court and a stellar Cavs performance was the only thing keeping them from doing that.

The day prior we learned that GSW forward Draymond Green would be suspended for Game Five following a hit to LeBron's groin during the previous game. The hit, which was later ruled a flagrant, put him over the limit for postseason flagrant fouls, which meant an automatic one-game suspension. Although the media made a spectacle of it, I wasn't going to complain and I would gladly take a win with an asterisk next to it!

As a side note: Just two days prior, the Lake Erie Monsters clinched the AHL Championship and hoisted the Calder Cup. 1964 was the last time Cleveland won a championship...and no, this. does. not. count. I appreciate the difficulty in achieving such a feat, but c'mon. Regardless, Steve and his team thought it would be a stroke of good luck to get their hands on any kind of trophy! 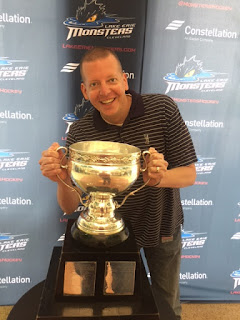 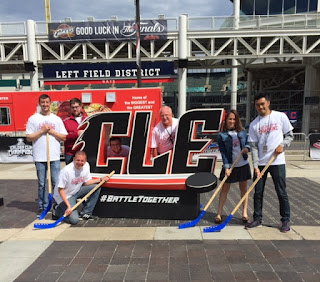 Kevin and Lisa joined us at our house to watch Game Five and it was a stressful and fun event. There was lots of screaming, clapping, cheering, yelling, [fill in the blank].

I'm not even going to provide a play-by-play because there are only two stat lines that matter. With the game tied at 61-61 at the half, LeBron and Kyrie continued to put on a clinic and Klay Thompson finally missed some shots.

My magic number of 75 (LeBron, Kyrie & Kevin combined points) was laughing at me...hysterically. That's because the Cavs didn't need a Big Three. They simply needed their two best players to DOMINATE on the offensive end. Together, the duo scored 82 of the Cavs 112 points and became the first teammates in NBA Finals history to each score 40+ points in a game. 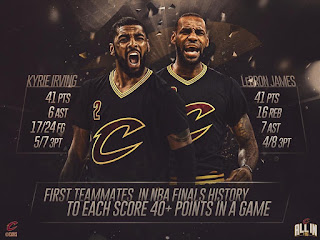 Kevin Loved scored...2 points. Yes, two. It was frustrating to watch, but so much more fun to watch #23 and #2 pick up the slack. 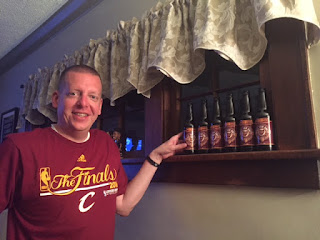 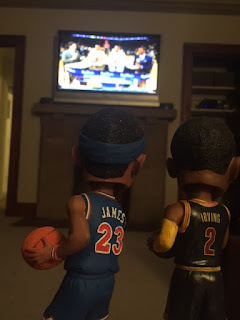 Game Six is at home on Thursday and Sean and I will be there in all our guts and glory. Cheers to hoping we have a lot more glory than last year's Game Six.

In no way am I a narcissist, but it's June 2016 and the Cavs are playing AT HOME in the Game Six of the NBA Finals! 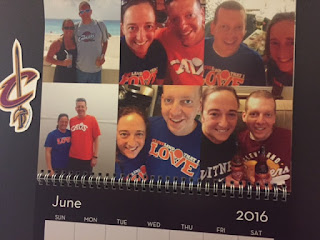 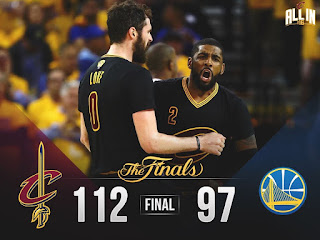 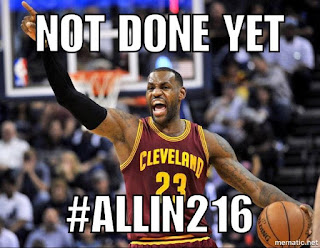