Sean and I started Game Four by grilling out at his house with Alex, Louie and JoJo. I thought we'd keep it simple with burgers and chips, but then Alex decided to roast an entire head of cauliflower...because everyone has roasted cauliflower at their family BBQ. 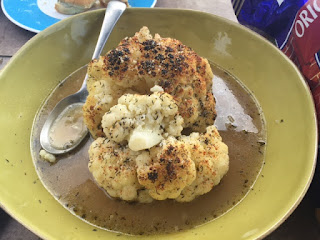 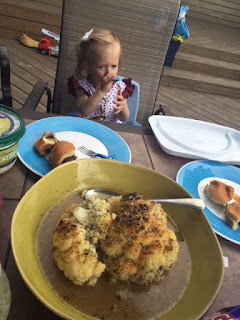 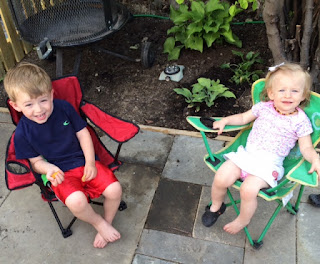 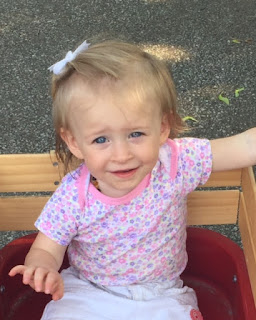 We had a lot of time to waste before game time, so we took Uber down to the newly opened Forest City Brewery located on Columbus Rd. Having just opened on June 3rd, they still have a very casual back yard set-up with picnic tables and lawn chairs. 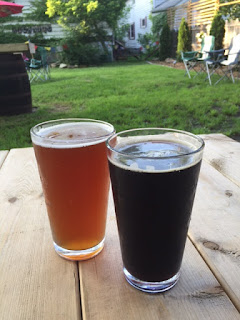 By the time 7:45 rolled around we were ready to head to the game. We popped in at the outdoor FanFest just to see the masses of people before heading inside The Q. 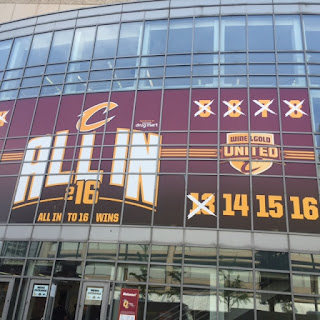 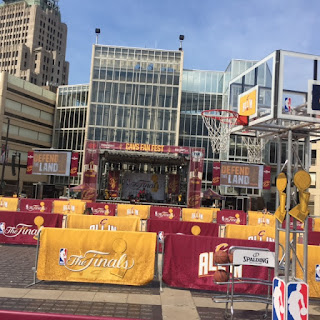 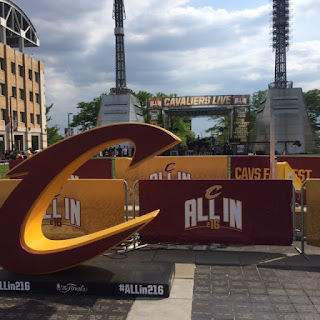 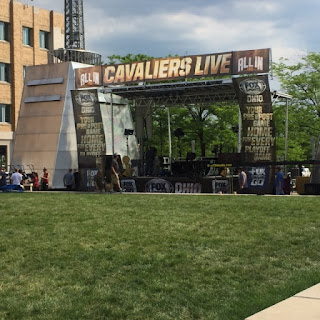 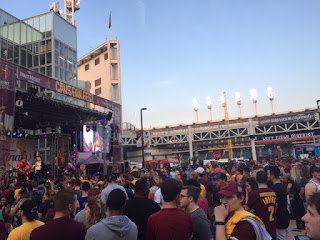 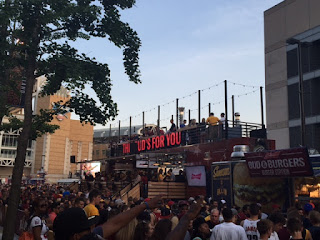 According to my math, Game Four was another must win game. The Cavs needed to win all three games at home in order to give themselves the best chance at winning this series. They needed to #DefendTheLand. 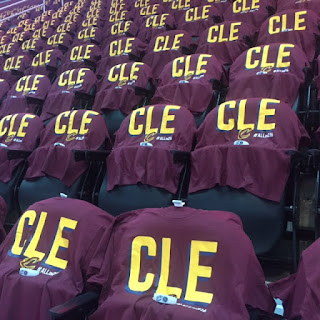 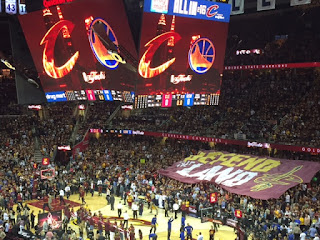 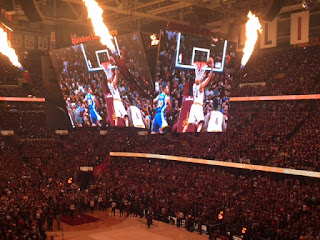 Well, the Cavs did not defend home court and it was frustrating. The two-time MVP found his long-range touch and scored 38 points while Klay Thompson added 25.
Kyrie Irving scored 34 points for the Cavs and James added 25 points, 13 rebounds and nine assists...in addition to seven turnovers and an overall passive bravado. Kevin Love returned to the lineup after missing Game 3 with a concussion and added 11 points off the bench.
As a team, the Cavs had an overall lack of teamwork and the Warriors rebounded from a big Game Three loss by beating Cleveland 108-97 and taking a 3-1 lead in the series. 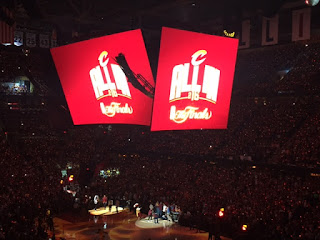 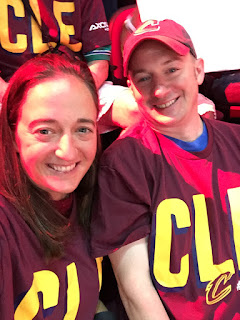 Clearly this guy was frustrated too. With "Trump Sucks" on his back and "LeBron 4 President" on his chest, he ran out on the court during the 4th quarter before he was tackled by arena police. Apparently he has done this before, including the 2014 World Cup Final in Brazil. We thought it was pretty annoying, but we were also pretty annoyed with the Cavs performance. 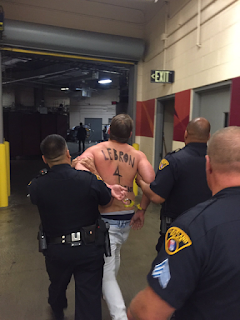 Game Five at Oakland will be interesting. No team has ever come back from a 3-1 deficit to win the finals. I'm lacking confidence that Cleveland can win three straight, but it's the only way.
Still 14 Down...3 to Go 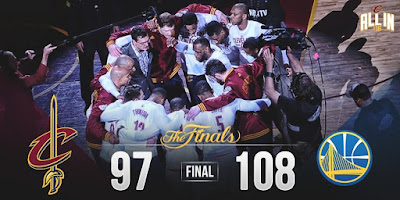