We had confidence going into Game 5. Despite Cleveland's lackluster performance in Game 4, they had played well in both OT games in Oakland.
Steve and I had a lot of time to waste until the 8 pm tip, so he thought he'd join me in my pre-game Barrio tradition. We walked the mile from our house and indulged in tacos, margaritas and bloody Maria's! All to try to get the win, of course. 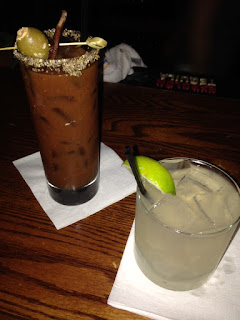 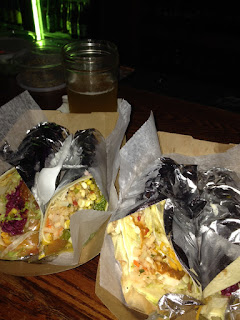 Who is more ready for this game? Lou and Jo Jo or Aunt Shannon & Uncle Steve?? 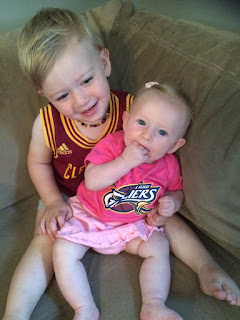 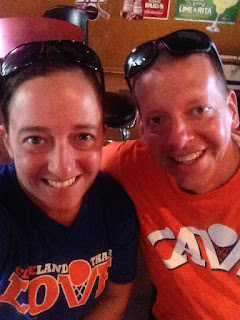 Kevin and Lisa joined us at our house in typical fashion. They ate their traditional meal at Winking Lizard while Steve and I ate our traditional dinner at home. As usual, we were all excited and nervous.

Game five was a physical game with 20 lead changes and 10 ties, but the depleted and tired Cavs could not hang on and the Warriors withstood another brilliant performance from LeBron James to outlast the Cavaliers 104-91 and take a 3-2 lead in the series. James finished with 40 points, 14 rebounds and 11 assists, his second triple-double of the series, while Tristen Thompson added 19 points and 10 rebounds for the Cavs. Golden State had five players in double-figures led by Curry's 37 points, including seven made 3's. 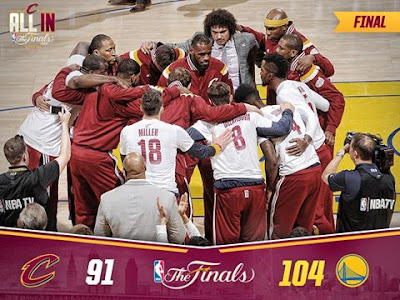 Game six will the tenth and final home game of the 2015 NBA Playoffs. I have been privileged to attend ALL TEN of those games with Sean, Kevin, Lisa and Kaila. It's been a great ride, but we're not done. Game six is on Tuesday and Sean and I are ALL IN!