Going into Game 4, we had the expectation that Golden State was not going to lie down after going down 1-2 in the series. Although it wasn’t a must-win for Golden State, it was close as none of the 32 teams who have fallen behind 3-1 in the finals have won a title. The Cavs were exhausted following the first three games and Steph Curry showed why he’s the league’s MVP during the 4Q of game three with his 17 point performance. Curry is the most talented shooter in the game and we have all seen him make shots that are jaw-dropping and should never ever go in. 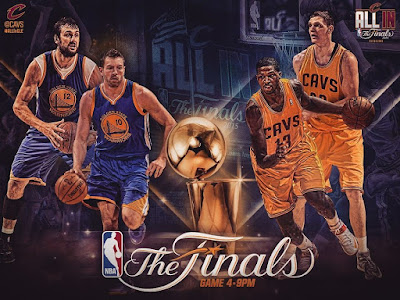 Kevin started the day on the set of First Take! It’s one of our favorite shows and they had been filming at the Music Box Supper Club all week. He got out of work early and stood in line for over an hour to get a seat. 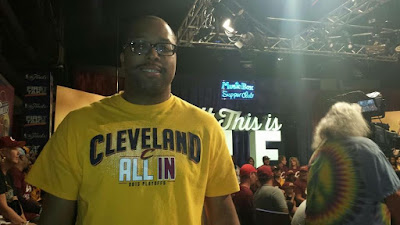 Game Four was all about the Selfie. It’s no wonder both our phones were dead by the end of the game!


First selfie of the day! 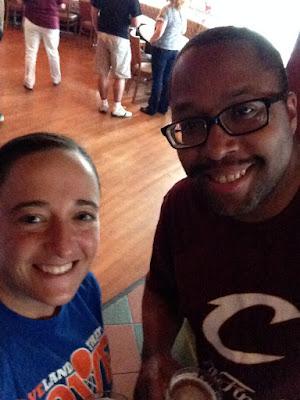 We met up with Lisa, Renee and Danielle before the game and our first stop was The Corner Alley. 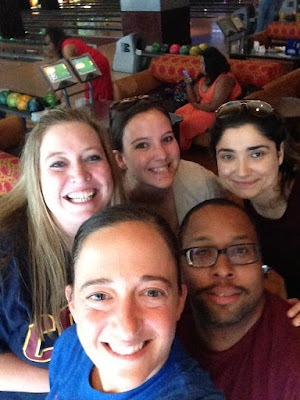 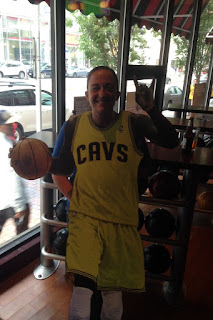 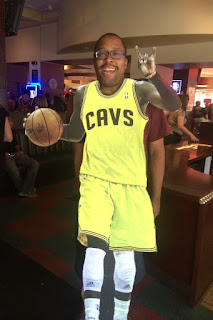 Kevin, Renee and me with the Miller Light girl. Free beer = good 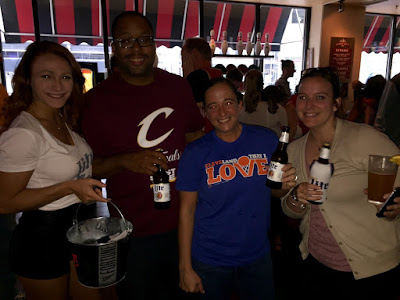 Kevin and I couldn’t leave without a couple of Delly shots. 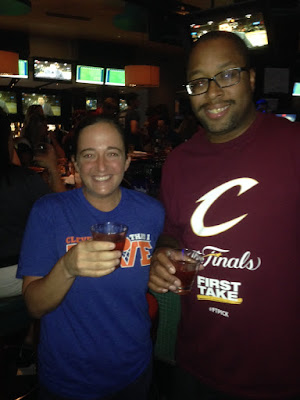 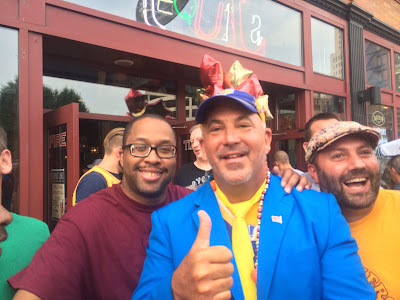 Lisa knew how important a Barrio taco was for me so she put in for a table and we waited over an hour and a half. Of course we drank elsewhere in the meantime. 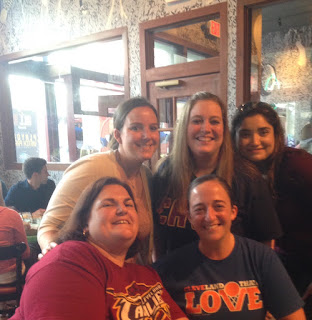 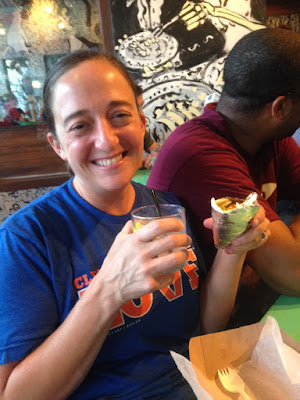 Soon enough it was time to head to the game.  Once again, the nervous excitement was overwhelming. 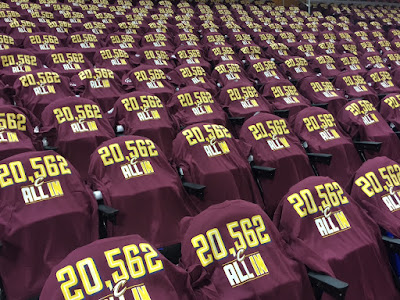 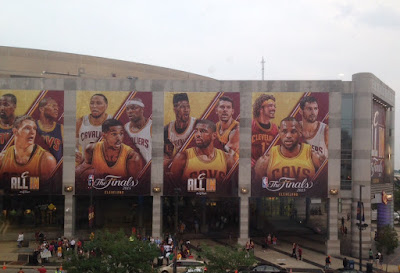 We've been waiting a long time for this... 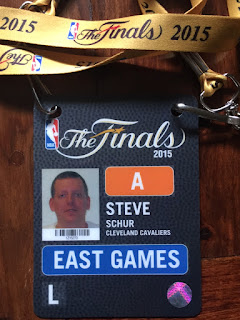 Kevin was chit chatting with these two Warrior fans and mentioned he loved Steph. It ended up being Steph's uncle and friend. It also ended up being free double shots for us! I told them we had expensive taste :) We love free!! 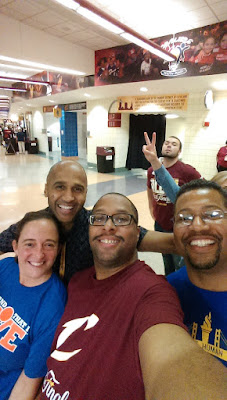 
Kevin with Chris Broussard. Chris worked for the Akron Beacon Journal when Kevin was with the Cavs and the New York Times when I was with the Cavs. He’s definitely moved up in the sports media world with his current position as ESPN’s premier NBA analyst. 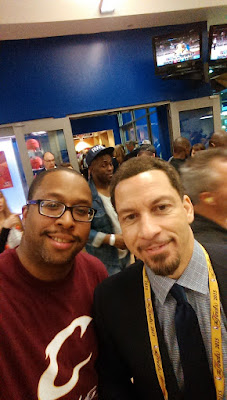 Kevin and I were the only people in the elevator who knew this was Jim Jackson. Kevin did not tell him that he was a Michigan fan, but I did tell him I was the PR girl when he was with the Cavs back in 2001. His eyes kind of lit up….maybe it gave us credibility...maybe. 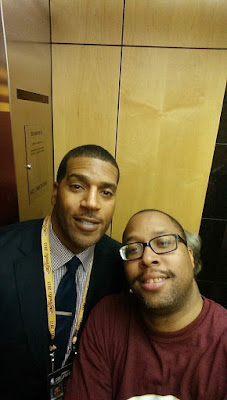 Game four was a disappointment and Cleveland was terrible offensively. The Cavs shot just 2 of 18 from the field and were outscored 27-12 in the 4Q. J.R. Smith missed all eight 3-pt attempts and Cleveland's bench combined to score seven points. LeBron scored 20 points with 12 rebounds and eight assists, but didn't score in the fourth quarter. Mozgov led Cleveland with 28 points and Dellavedova had 10. The Cavs never really gave us any hope and the Warriors took home the 103-82 win behind Iguodala and Curry's 22 points apiece. 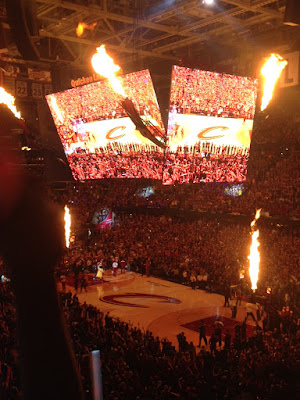 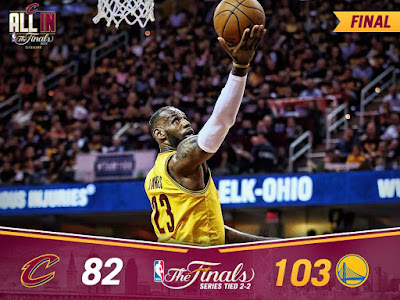 Kevin and I were nearly in tears until we saw this guy! P.S. None of those smiles are real, but we were happy to see each other! I was also happy to have off of work on Friday! 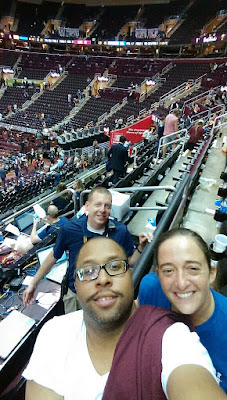