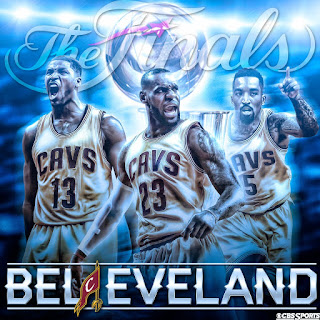 That's been the mantra for these playoffs. Our Big Three is decimated, so the rest of the team has had to step up their game. While they may not have the elite talent, they have so much heart. I'm not sure heart can win a series, but heart can definitely win games, so let's start there.

Game two in Oakland was another memorable game and for the first time in NBA Finals history, games 1 and 2 went into OT. As if these guys haven't played enough minutes, two straight overtime games is exhausting.

Our day started out at the Taste of Lakewood where we enjoyed all of the best that Lakewood has to offer. It was a family affair at Madison Park where Lou enjoyed the swings and the slides. He was the only kid on the playground wearing a Kyrie jersey. The kid has confidence. 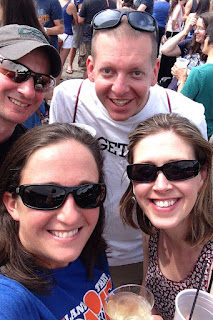 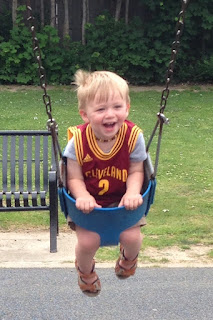 We walked back to our house we Lou (and Steve) enjoyed more playground time on our "personal" playground at the vacant church next door. 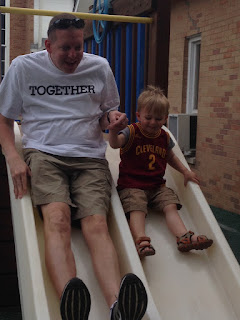 Steve, Kevin and I watched the game at home and despite a relatively poor shooting performance, LeBron played a great game and finished with 39 points (11-35 FG), 16 rebounds and 11 assists. He is averaging 41.5 points, 12 rebounds and 8.5 assists in the NBA Finals and is carrying this team on his back against a healthier and deeper Warriors team. 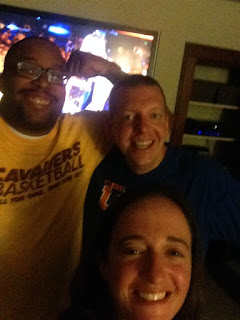 It was a close game from start to finish and with 3:14 left in the 4Q, the Cavs held an 11 point lead. Golden State fought back to tie the game with 8.0 seconds remaining. Cleveland had a chance to clinch the win, but LeBron's lay-up rolled off the rim and the game went into overtime. The Cavs made only one FG in overtime, but were 5-6 from the FT line and that's what mattered. With 29.5 seconds left in overtime, the Warriors held a one point lead. Dellavedova was fouled on a rebound and made two go-ahead FT's and Cleveland outlasted Golden State 95-93 to even the series at one game apiece. 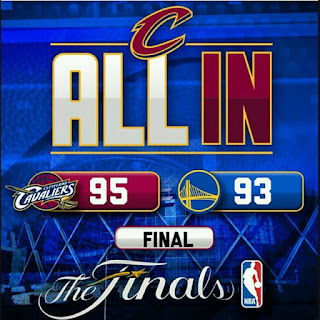 Delly played great defense on Steph Curry, holding him to 19 points on 5-23 shooting. 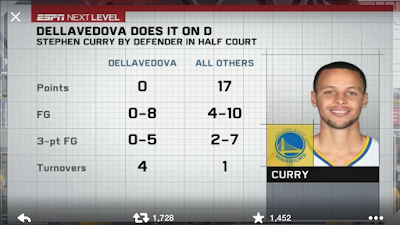 The Cavs held on to win in a very emotional battle to give Cleveland their first ever Finals victory. I saw fire in LeBron's eyes and I'm looking forward to watching this team continue to fight during each and every possession.

Game 3 is Tuesday and Sean and I are physically ready. Mentally? No way. 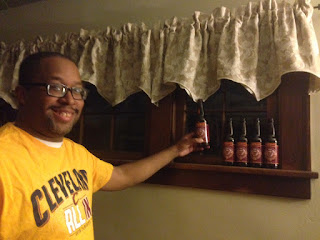