The good news is…I can’t remember the last time I cried.
Well, I cried, as I should. Anyone who knows anything about me knows I cried. Whether it was Tuesday or Friday, win or loss, I knew I’d cry. We live and breathe every pre-season, regular and post season game. October 5 through June 16…109 games in 254 days. That is more NBA basketball than anyone should experience in five lifetimes, let alone one season. Don't be fooled, Steve and I do not love regular season NBA basketball. 82 games is too much. Our relationship started because of our mutual love for the game of basketball and we’ve nurtured it with football J But this was so dramatic. All of it. I went to all 10 home playoff games. The fact that I maintained a living, a home, anything, is pretty impressive. 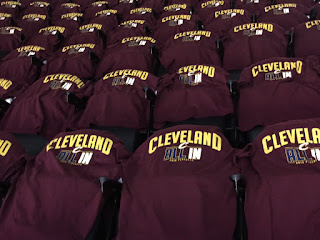 Before game 6, Sean and I planned to eat dinner at Lakewood Barrio and were honored to have Alex, Louie and Josephine join in the pregame festivities. 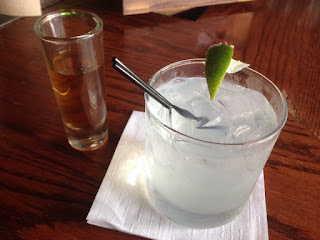 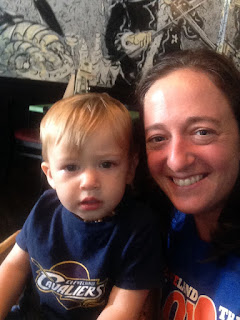 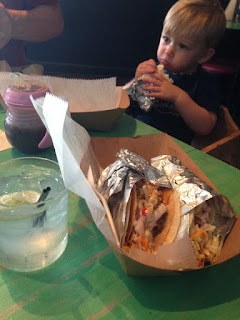 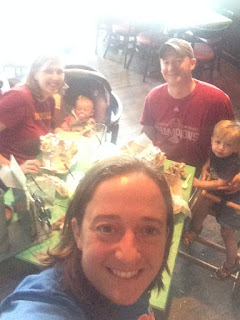 After dinner, we hopped in an Uber and eagerly joined the downtown crowds. We had a beer at the Thirsty Parrot and then headed to The Q to enjoy a beer with the masses. The crowds were impressive. 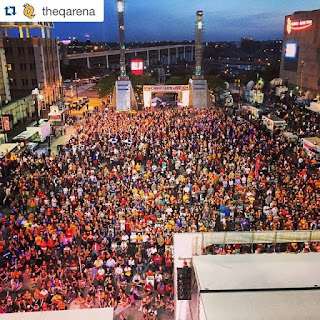 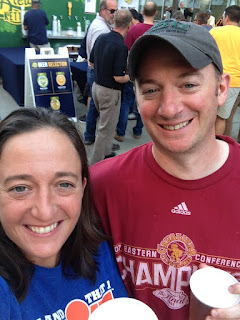 It's really really for real when Steve Schur shows up! 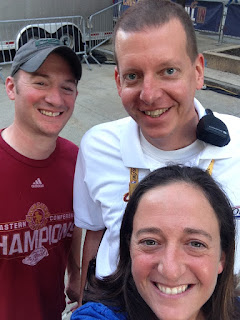 The Cavs started slow, scoring only 15 points in the first quarter behind Tristen Thompson’s 6 points on 3-3 FG. They fought back to outscore Golden State 28-17 in the second quarter and come within 2 points at the half to made it a game. Golden State pulled away in the third to outscore Cleveland 28-18 and take a 73-61 lead going into the final quarter. 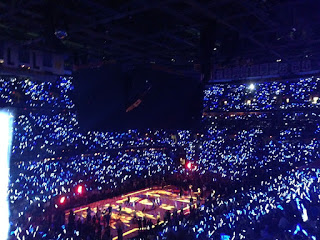 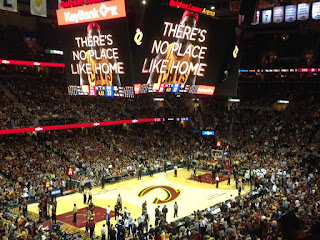 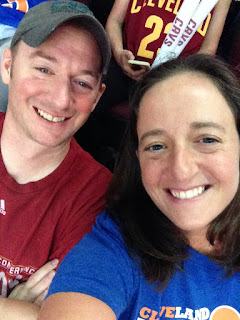 Cleveland gave it one final go, but despite J.R. Smith's 15 4Q points, the Cavs fell short and Golden State won game 6 along with the NBA Title. Curry and Finals MVP Andre Iguodala scored 25 points apiece while Draymond Green finished with a triple-double with 16, 11 and 10 in the 105-97 Warrior win. 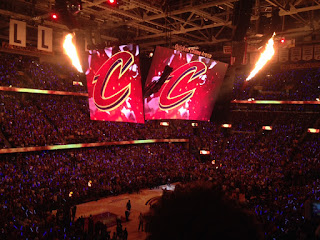 LeBron finished with 32 points, 18 rebounds and nine assists and was dominant throughout the series, showing why he's the best player on the planet. In the end, the healthiest team came out on top and the Golden State Warriors took home the victory along with the Larry O'Brian trophy. While Golden State's championship drought ended, Cleveland's half-century of sports misery continues and the Cavs, Browns and Indians have now combined for 144 seasons without any one of them winning it all.
Only in Cleveland. 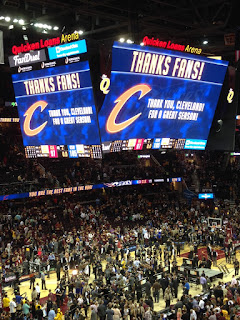 In between the tears. 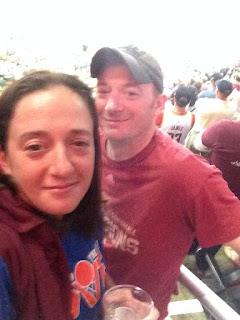 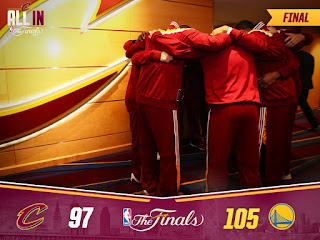 The NBA Finals brought electricity to Cleveland; the city we so deeply love. The Cavaliers provided positivity, camaraderie and hope for everyone here and we couldn’t be more proud of the performance we all put on display. 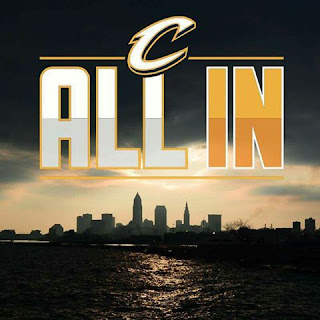 I wish we were playing in game 7. Trust me. But at this moment, I'm excited to live a regular life. This has been an exhausting two months and I cannot wait to go on vacation in nearly two weeks. I’ll turn the ripe age of 36 and we’ll celebrate nine fantastic years of marriage.
Cheers! 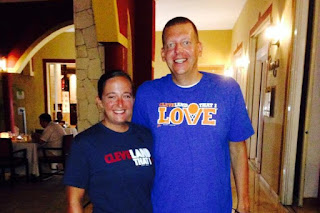 Until next time. Go Cavs. 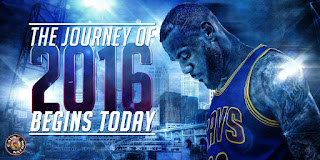