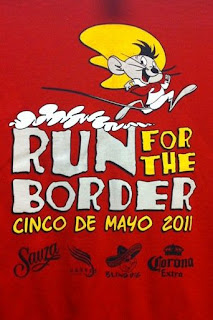 Last year on Cinco de Mayo, my friend Amy called me with a frantic phone call. She asked “Shannon, why are there people running around downtown with sombreros, maracas, and race numbers? I want in!” Since I follow the local race scene pretty closely, she knew I was the right person to call. I told her it was the Run for the Border race that occurs on Cinco de Mayo every year. Enough said. In 2011, we would be participating in this race. 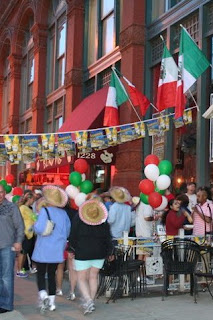 Run for the Border was a 3 to 3.5 mile race with no set course. Every runner was on a two-person team and at 5:00 pm, we were given a list of checkpoints. Then we were to determine the quickest route to each checkpoint and at 6:30, the race began with teams starting every 10 seconds. Each team was given a green card that had to be stamped as we reached each checkpoint. Partners had to run together and pass each checkpoint as a team. 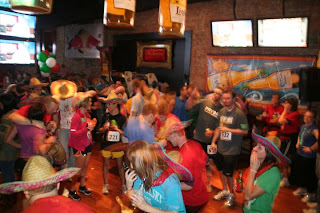 As we geared up for the race, we learned there may be some alcohol involved. In an effort to “train” for the event, we scheduled a practice run a few weeks prior…that also included a few cocktails. Ironically, our training route was very similar to the actual run. From our practice run, we learned: 1.) Shannon runs better on liquor 2.) Amy runs better on beer. This already put us ahead of the pack! In addition, we both work downtown and Amy lives downtown, so we know street locations very well. We determined our team name as Dos Borrachas and Amy had T-shirts made. We were ready for race day! 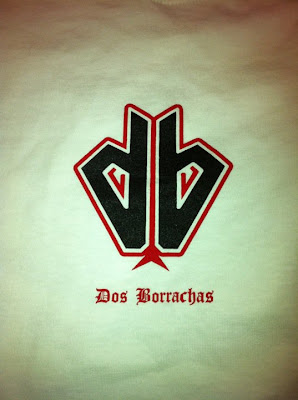 We arrived at the starting line at 5 pm and picked up our list of checkpoints. The race committee conveniently arranged the starting line at a sponsored bar known as the Blind Pig. Based on our research, I ordered myself a margarita and Amy ordered a Corona. We were off to a good start. We strategically planned our route and waited for the race to begin. Our fan club arrived just in time and then we were off! 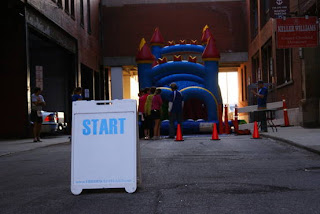 To our surprise, our first checkpoint was at the starting line! We had to go through a bouncy house. This is when things started to get a little ugly… 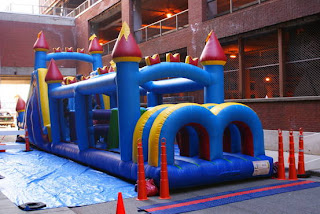 We jumped in and navigated through the first part of the obstacle course then approached the climbing wall. If you have ever watched young kids play in a bouncy house, just imagine adults doing the same thing 10X. The boys were pushing the girls, the boys weren’t listening to directions, the girls were getting mad, etc…
You catch my drift. 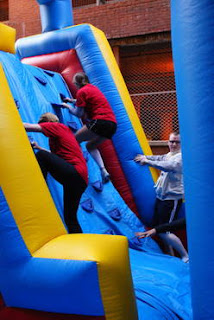 Amy and I eventually reached the top of the wall and made our way…head first…down the slide. Unlike the kid-version of the bouncy house, at the end of the slide, we found asphalt. Yes, asphalt. No fun plastic balls, no padding, not even grass! Amy described me as flying down the slide and ending up with all but my toe on the asphalt. I have the scraped knees and hands to prove it. I can say the race committee did not think this one through very well. 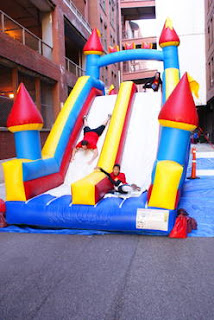 Already annoyed, Amy and I made our way to our first checkpoint, Channel 3 News. It was a little over a mile, but straight down Lakeside. Within the first ½ mile, Amy sprained her ankle. Yep. This same girl had broken the same foot a few months ago and has sprained it countless times. Her ankle swelled quickly, but she pushed through.
At our first checkpoint, we received a sombrero and had our picture taken with a cactus. 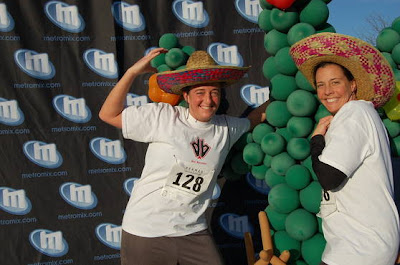 Next, we headed another mile to Zocalo where we were served a margarita shot. It wasn’t as bad as we expected, and we were out of there fast! 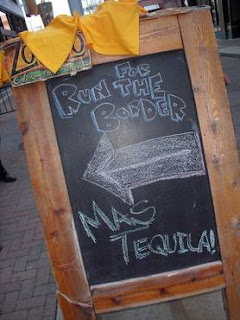 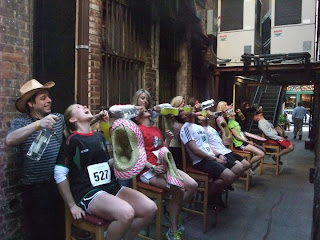 You can see Amy on the right in the picture below... 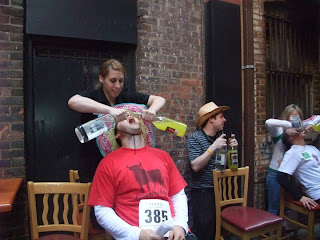 Across the street was our third checkpoint, the Harry Buffalo. We received a pair of maracas and then ran our last mile back to the Blind Pig. 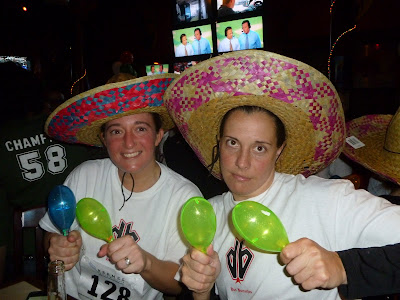 At the finish, we redeemed our free beer and waited for Steve to get out of work. He met us around 7:30, when we returned to the Harry Buffalo for dinner. 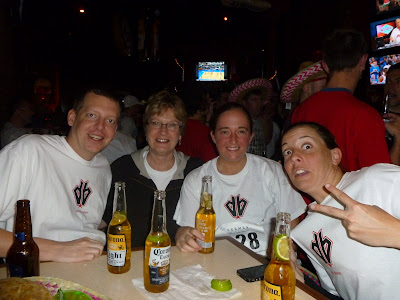 When we walked into the Harry Buffalo, there were still some straggling teams who were picking up their maracas. They thought we were another team behind them and raced out the door…we had actually finished nearly 90 minutes prior. They were a little disappointed when we told them the race was over. I guess they decided to stop at a few extra checkpoints! 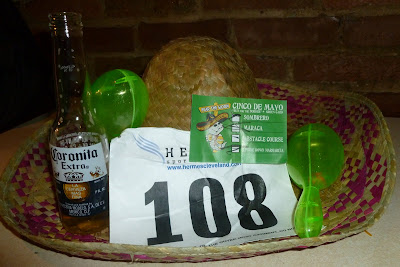 Cinco de Mayo 2011 was a memorable one and I completed my first drink and run race. There were over 1,100 runners (561 teams) and while some of them were quite serious, many more were doing it for fun…I guess you can say we were somewhere in the middle :) We finished 150th out of 561 teams with a time of 30:46:46. We ran well and we had fun. Mission accomplished. Salud!
Posted by Shannon at 11:32 AM