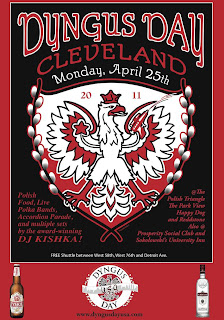 What is Dyngus Day? I’m glad you asked. Music, dancing, food, drinks and of course, pussy willows. After a little research, we learned that Dyngus Day is a Polish holiday celebrating the end of the restrictions of Lent and the beginning of spring! Traditionally known as Easter Monday, Dyngus Day falls on the day after Easter. Everyone is Polish on Dyngus Day!
Although Dyngus Day has been celebrated for centuries, the world’s largest Dyngus Day celebration is in Buffalo, New York. This year, Buffalo celebrated their 50th anniversary with a crowd of over 100,000. That just goes to show that Dyngus Day is no joke! It’s the impressive Buffalo party that eventually got Dyngus Day to Cleveland. 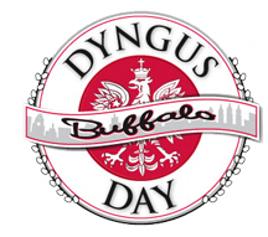 DJ Kishka is a well-known polka DJ in the area and was recently voted at Cleveland’s best DJ by Scene Magazine. Last year, DJ Kishka was asked to participate in the Buffalo festivities and was amazed at the vast interest and overall fun that was had. 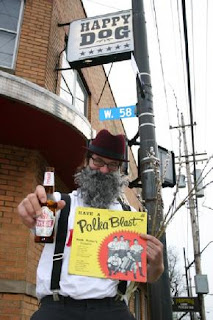 Knowing Clevelanders always love another excuse to party, he thought it would be a great idea to bring it here…He had no idea he’d get the media attention and support. We’re sure happy he did! 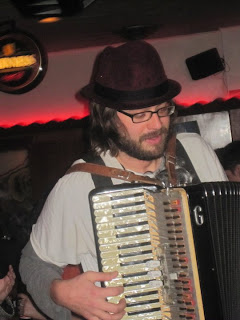 Since we always love an excuse to celebrate, we thought it was be nice to support his efforts to bring the holiday to Cleveland! 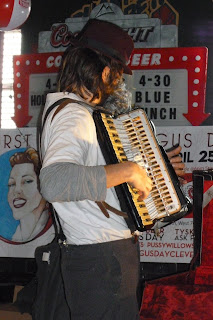 We started out the day with a ride from our designated driver. Thanks Rich! 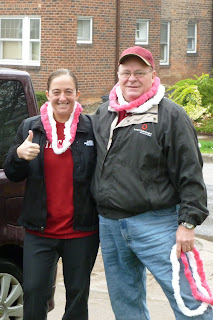 Rich, Sean, Alex, Steve and I thought it would be fun to start out the day at Cleveland’s most popular Polish restaurant…Sokolowski’s University Inn. Featured several times on the Food Network, Sokolowski's has a lot of Polish food in a cafeteria style fashion. 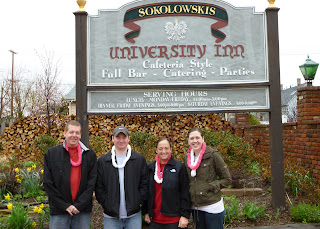 What’s Dyngus Day without traditional Polish fare! We all chose the Polish sausage and pierogies. 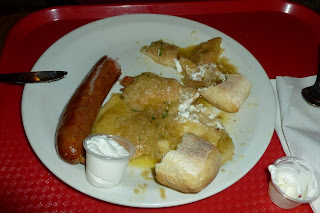 There were three bars that participated in the Dyngus Day events. Self-titled "The Polish Triangle" Parkview, Happy Dog and Reddstone had scheduled events along with Polka music and Polish food all day. 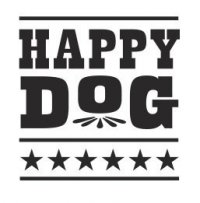 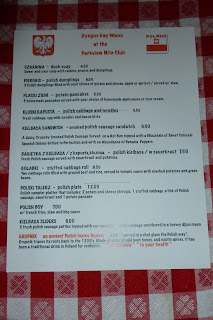 It was important that we only consume Polish beer too. We chose Tyskie and O.K Beer. 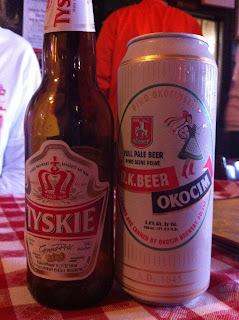 Sean’s friend Jim also joined us for the festivities. Here we're doing a shot of Krupnik, an ancient Polish honey liqueur. Na Zdrowie! That means “Cheers!” to all of you non-Dyngus Day participants. 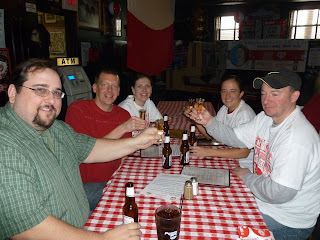 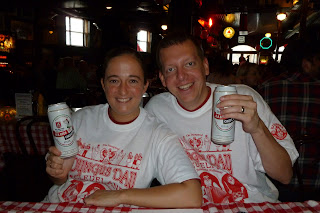 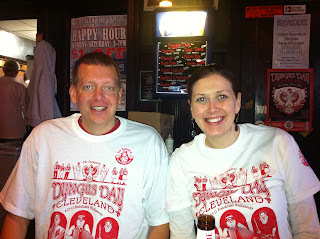 The Cleveland news media picked up the story a few days before the celebration and even showed up during the day. Here they are filming at the Parkview and discussing the different Polish beverages that would be consumed throughout the day. 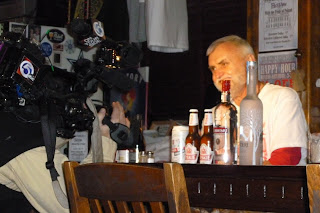 The tradition holds true that on Easter Monday boys would sprinkle the girls with water and tap them with pussy willows. On Easter Tuesday, the women would return the favorite. At modern Dyngus Day parties it is common practice that both men and women trade water and pussy willow equally. The owner of the Parkview put pussy willows in the mouth of this animal at the bar to signify the beginning of Dyngus Day in Cleveland. Alex was shooting water at Sean, but he wanted no part of it. 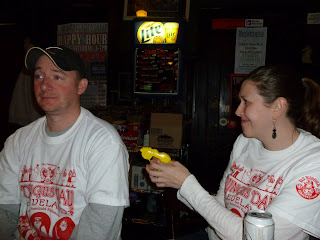 By this time, we were ready for some more Polish food. Steve and I split a Polish Dog and pierogies while Alex chose the cabbage and noodles. 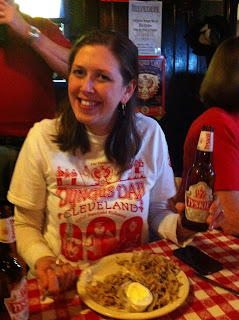 DJ Kishka has established a very significant following of people so by the time he performed at 3 pm, the Parkview was packed. We knew there was a reason we got there so early! My mom and Rich joined us and even did the polka!
Click on the link below to see a video :)
Mom & Rich do the Polka!! 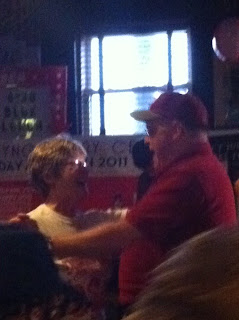 After the Parkview, DJ Kishka was to perform at the Happy Dog down the street. How did we get there? An accordion parade, of course. Despite the steady rainfall, the parade was a success. There was even a float! 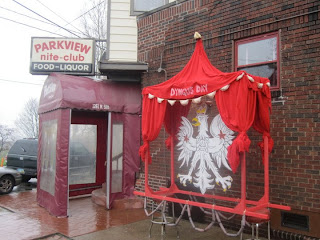 Jim was one of the honored individuals who got to carry the float. 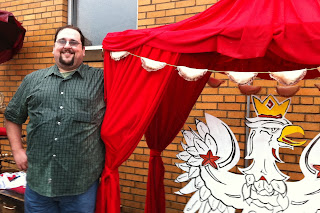 My cousin Matt and his wife Jenny even joined in the fun! 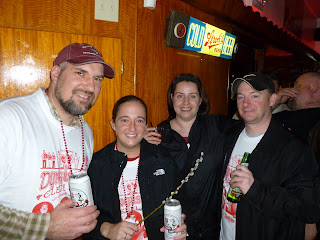 The Happy Dog was another packed house. 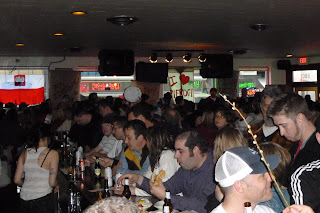 No one wanted to miss the crowning of Miss Dyngus! 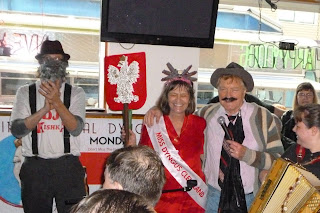 I'm not sure who made the responsible decision for us to forego a stop at the Reddstone, but I can guarantee that it translated into a less miserable day at work on Tuesday...

Overall, the day was a great success and I have no doubt that Dyngus Day will remain a Cleveland tradition. We are proud to say we participated in the inaugural Dyngus Day in Cleveland! Make sure to mark your calendars for April 9, 2012. Take the day off of work (Tuesday too?) and join in the fun! 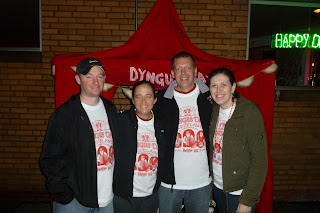 We even made the evening news…Na Zdrowie!
Posted by Shannon at 2:26 PM