March Madness has officially begun! Starting on 3/1, Steve and I attended our first conference tournament game of the year when we saw the men defeat UIC 73-61 in the first round of the Horizon League tournament. CSU then traveled to where they defeated 73-59 in the quarterfinals, but were eventually knocked off by in the semi-finals 76-68. That same week, the CSU women finished off their regular season with a sweep of Loyola-Chicago and UIC, capping off regular season play with an eight-game winning streak, a tie for second place and their 20th win of the season.

On 3/4, Stephen celebrated his 38th birthday. Steve loves March Madness more than anyone I know (seriously) and it seems only appropriate that his birthday fall during the month of March. In honor of his big day, I hosted a four-course dinner and wine pairing. It was a little over the top (even for me), but I had fun coming up with the menu and we were happy to share it with Sean & Alex. We coordinated each course with the Cleveland State men's game as to not miss a minute...and to allow our food to digest :)
The menu for the evening... 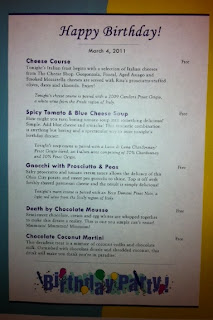 I forgot to take a picture of the cheese course, but it consisted of a selection of Italian cheeses from The Cheese Shop at the West Side Market. Gorgonzola, Fontal, Aged Asiago and Smoked Mozzarella cheeses were served with prosciutto-stuffed olives, dates and almonds. The cheese course was paired with an Italian Pinot Grigio.

The second course was a homemade Spicy Tomato & Blue Cheese soup (recipe courtesy of Michael Symon) with blue cheese and sriracha as the key ingredients to take it over the top. The soup course was paired with a Chardonnay/Pinot Grigio blend. 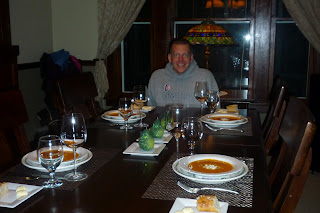 The third course was a fresh potato and sweet pea gnocchi (from Ohio City Pasta) with prosciutto and peas in a tomato cream sauce, topped with shaved parmesan. The main course was paired with a Pinot Noir from Sicily. Portion sizes were very important to maintain our stamina! 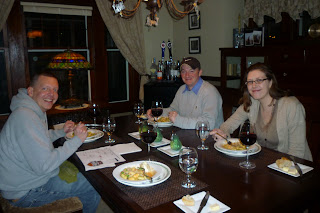 I also forgot to take a picture of the dessert, but I made my famous (at least that what Steve thinks) chocolate mousse and chocolate coconut martinis...both are two of Stephen's favorites! Alex's little sister Meredith even drove in from Chicago so she could join us for dessert. Ok, she made have other ulterior motives, but it made Steve feel good.
We also broke out Steve's new Xbox system with Kinect. It's a pretty neat concept similar to the Wii, but without the need for a controller. It senses your movements to go along with the game, while also taking some hilarious pictures and videos. The system came with a Kinect Adventures game, but I also bought him (more like me) Dance Central. Here we are after a dancing battle...Note I am the clear winner :) The pictures on the screen were taken during our dance routine. 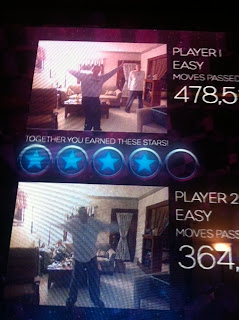 On 3/5, our niece Lorelei celebrated her FIRST birthday. Although we couldn’t be there for the party in Newburyport, Mass, we were surely there in spirit! 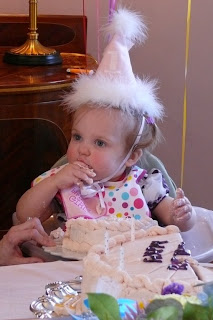 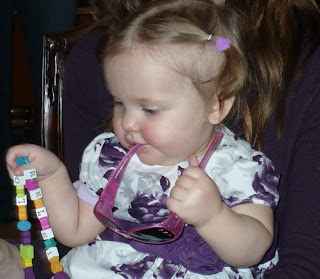 On Wednesday (3/9), the CSU women had to face UIC for the second time in four days in the Horizon League quarterfinals. won the re-match 61-58 before flying to on Thursday morning. We were happy to make it out of before the big snow storm, but unfortunately fell to #2 68-54 in the semi-finals on Friday night.

I had a great time with my colleagues and was once again reminded how lucky I am (and have been) to work with such great people with common interests. Sure, sports may dominate our conversations and fun may be the overall goal, but watching the countless highlights from Championship week was entertaining. Despite the loss and lengthy travel days, we managed to have a really great time. 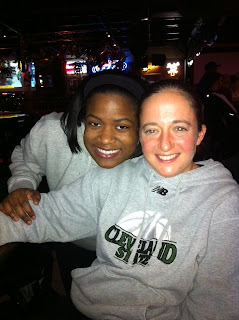 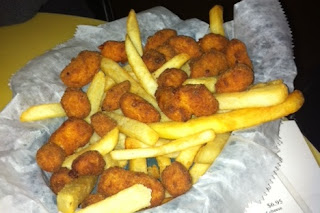 I returned home on Saturday (3/12) afternoon just in time to learn that the Dayton men would be playing the in the A-10 championship with their win over St. Joe’s :) We finished off the night by watching Steve’s beloved Connecticut Huskies prevail against Louisville 69-66 and claim the Big East Championship. 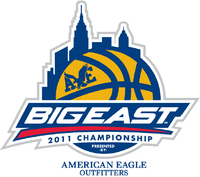 Just a few hours later (3/13), Stephen headed to The Q to get ready for the Cavaliers game vs. Oklahoma City. I popped in to see my nephew Daniel perform a pre-game routine as part of the Moondog Mini-Dribblers. 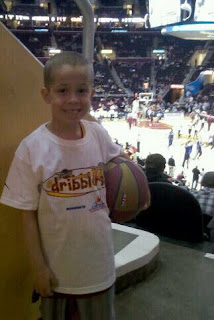 Then I walked over to the Winking Lizard to watch Dayton play Richmond in the Atlantic-10 Championship. To my dismay, the Flyers lost the battle 67-54 along with their chance at an NCAA Tournament bid. 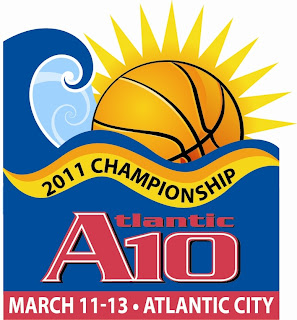 That night we watched the Men’s Selection Show eager to see what teams we’d get to see during the first and second rounds in Cleveland. We were certain that Ohio State would draw Cleveland as a #1 seed, but we were also excited to see #8 George Mason, #9 Villanova, #6 Xavier, #11 Marquette, #3 Syracuse and #14 Indiana State there too. Stephen was particularly happy to see that #3 Connecticut would be playing on the opposite days of the Cleveland games…there’s not much that gets him more upset than having to work during a Huskies game!

On Monday (3/14) night we watched the Women’s Selection Show and were happy to see #11 Dayton get an at-large bid for their second straight year. Their match-up against #6 Penn State should be interesting considering they lost to them 107-112 in 2OT earlier this season.

Tuesday night (3/15) we watched the #2 CSU men host #7 Vermont in the first round of the NIT. In a very close game that came down to a missed three-pointer (that bounced around the rim a few times!) at the buzzer, Cleveland State pulled out the 63-60 victory. As usual, Norris Cole led the way with 27 points. 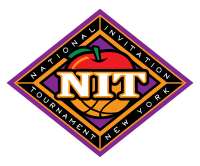 Simultaneously in Charleston, SC, I was eagerly watching stats from the #3 Dayton (last year’s NIT champion) and #6 College of Charleston NIT game. Because UD hosts the NCAA first round games, they were unable to host at their venue. After playing four games in four days and then having one day to travel, we knew it would be a tough game. Unfortunately they fell 94-84. College of Charleston's Andrew Goudelock showed why he's one of the best with his school-record 39 points.

Cleveland State will host the College of Charleston on Saturday afternoon at 2 pm. Considered two of the top guards in the country, the Norris Cole and Andrew Goudelock match-up will be one worth watching. Make sure to check it out on ESPNU!!

On Wednesday morning (3/16) I drove with three CSU administrators to Fort Wayne, Indiana to see the #1 CSU vs. #8 IPFW in the Women’s Basketball Invitational. The WBI is a tournament that provides Division I teams that did not qualify for the NCAA tournament an opportunity to continue their season. Made up of mostly mid-major teams, we were happy to receive a #1 seed, but disappointed we had to play on the road. Despite a 3 point halftime deficit, the Vikings rallied behind senior Shawnita Garland and her 27 points, 7 assists, 5 rebounds and 6 steals to take home the 73-62 victory. 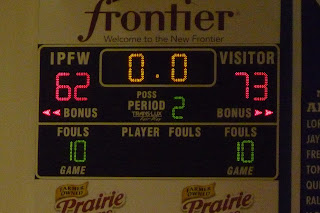 I was also happy to see my friends Britt and Lia who drove up from Indianapolis. 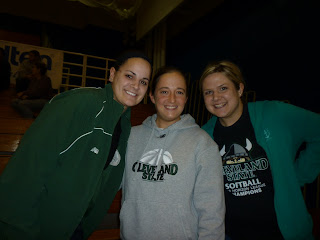 Next up on the agenda…

Let's just say it's gonna be a loooooong day!

It's hard to believe we'll be in Houston in just two weeks! Oh how time flies!
Posted by Shannon at 12:21 PM