Road to the Final Four

The first round of the NCAA Tournament began on St. Patrick’s Day, so we couldn’t let the day pass without a Guinness or two! We were joined by Sean, Alex, mom and Rich at Eddy’s & Iggy’s in Lakewood. We watched the Connecticut / Bucknell game as well as a few others. 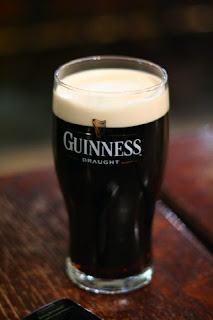 The next day was a BIG day. I went to work for a couple of hours before meeting Sean at The Winking Lizard for some food and drinks. His boss and two customers met up with us before we all walked to Quicken Loans Arena for a long day of basketball. Joshua and Rich were also at the games with us, while unfortunately Steve was working. 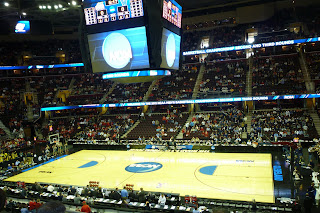 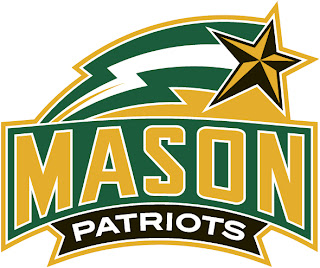 Game #2 had #1 Ohio State crushing #16 UT-San Antonio 75-46. Not only was it a total blow out, but we were surrounded by about 20,000 (somewhat obnoxious) OSU fans. Although a little annoyed, we all survived. 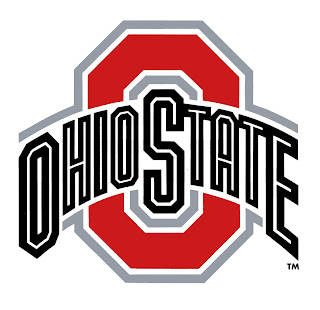 On a side note, Cleveland was one of the few sites that got cheated when it came to the game schedule. Since the day is divided into two sessions, the entire arena had to be cleared out between the second and third games. In the past, we had a two hour break, so we could get some fresh air, something to eat and drink. This year, there was no break so fans were asked to leave, then immediately return to their seats for the next game. Essentially, we were being asked to sit in our seats for 11 straight hours. Since the OSU game was pretty terrible, we decided to leave a little early and grab a bite to eat along with a few drinks (no alcohol is served at the games…) 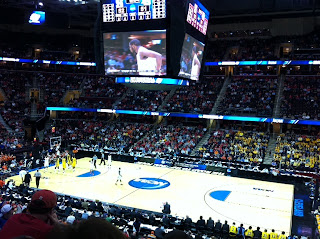 We returned to see #6 Xavier fall to #11 Marquette 66-55. By this time, we were pretty exhausted and not too excited about the #3 Syracuse vs. #14 Indiana State game that was to start at 9:57 pm. We stayed for much of the game, but knew it was time to call it a night. 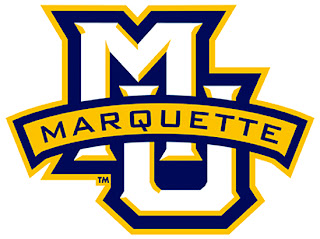 We heard Syracuse ended up beating Indiana State 77-60, so we were happy to have left. Rich drove Sean and I home around 1 am and Stephen arrived home about an hour later. It really was a long day.

Saturday had us at Cleveland State for a men’s and women’s double-header. Steve and I were both exhausted from the previous day and were just hoping for some good games. Instead, we got two terrible games! The CSU women faced Chicago State at 11 am in the 2nd Round of the WBI. In possibly their worst game of the season, CSU fell to Chicago State 68-50. My nephew Joshua came to see the men’s game so we took him to Rascal House during the break. 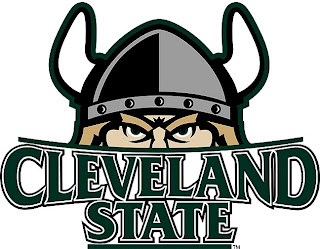 At 2 pm, we watched the CSU Men vs. College of Charleston in the 2nd Round of the NIT. Although Cleveland State won nearly every statistical category, their 3-point shooting was a debacle and eventually led to their demise. An outside shooting team that goes 1-25 from three is a recipe for disaster and the Vikings fell 64-56. Saturday night we watched some really great NCAA basketball games including Butler over Pittsburgh and Connecticut over Cincinnati.
Sunday morning Steve and I ventured to Deagan’s for brunch. Deagan’s is a fairly new gastropub in Lakewood that has received rave reviews. They started serving brunch about a month ago so we decided to give it a try.

I had this delicious banana, vanilla and almond French toast. 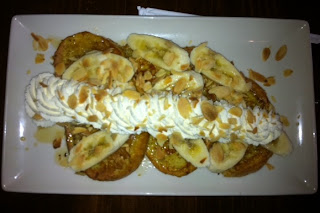 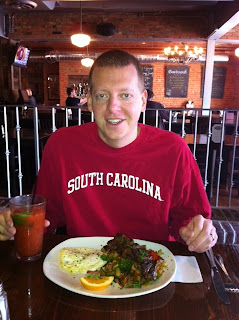 Not only do they have a build-your-own bloody Mary bar, but they also have eight different kinds of mimosas! We opted for the cactus flower and blood orange flavors :) 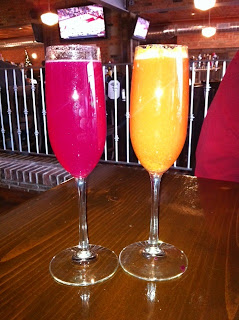 That evening we met Sean and a few of his co-workers at Flannery’s for a few pints before heading to The Q for the second round of games. Steve didn’t have to work these games, so he headed home to watch them on TV.

The Ohio State vs. George Mason game started at 5:15 pm. It was only a few minutes into the game, when we realized we should have stayed at the bar! Another absolute blow out and much more obnoxious fans made for a really boring and annoying game for us. OSU lit up George Mason and finished with a 98-66 victory. The second game turned out to be the best yet as Marquette stunned Syracuse 66-62 after some late mistakes by the Orangemen. It was another late night and I was ready to go home! 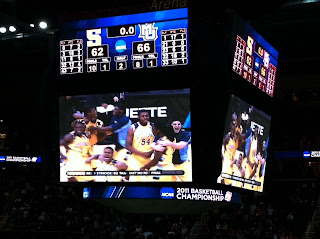 During the following week and a half, Steve had five games in nine days, but we managed to make time to celebrate Rich’s birthday (actually 3/16) at Pepper’s as well as watch some more truly spectacular games. Of the eight Sweet 16 games, six of them were pretty awesome. Connecticut over SDSU, Butler over Wisconsin, Arizona over Duke, Kentucky over Ohio State and VCU over Florida State were just a few highlights from the Sweet 16. 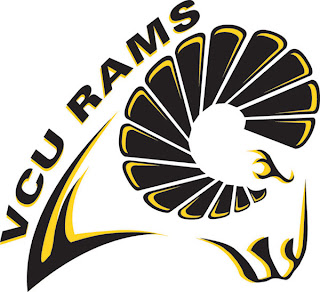 Steve and I get really excited as the Elite 8 rolls around because we finally get a chance to see who’s coming with us to the Final Four in Houston! Once again, the NCAA Tournament proved why it’s one of our favorite times of the year. #8 Butler’s 74-71 OT win over #2 Florida was truly amazing. The thought of a Horizon League team making it to the Final Four for the second straight year is unfathomable. Not only is Butler the first team ever to make the Final Four in consecutive years without being a #1 or #2 seed either year (last year they were a #5 seed and this year a #8 seed), but they’re also the first team from outside the six power conferences to reach consecutive Final Fours since UNLV in 1990-91. The Bulldogs have had a great end to their season; winning 13 straight games since February 3rd, with their last nine games being decided by a combined 30 points and no winning margin larger than seven points. They’re also are 9-1 in their past 10 NCAA tournament games. Let’s just say, they have the will to win. 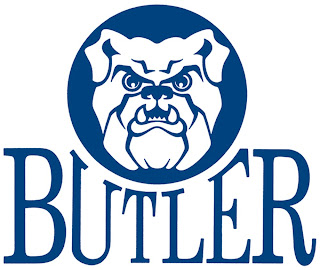 Moving on to the second game of the day…#3 Connecticut vs. #5 Arizona. If you asked my husband (Connecticut super-fan) whether UCONN would be in this year’s Final Four, he would have laughed at you for months. During an average year, he’s your typical pessimistic fan who doesn’t want to get his hopes up for anything sensational. This year, he was just being realistic. Connecticut missed the NCAA Tournament entirely last year and weren’t even ranked in the preseason polls. What Stephen didn’t know is that junior Kemba Walker and freshman Jeremy Lamb would change everything. Kemba went from averaging 14.6 ppg last year to 23.9 ppg and earning AP All-American honors this year.

So, there we were watching the Elite 8 game in total agony (he much more than me), but were ecstatic when they pulled out the 65-63 victory. So now, UCONN is headed to their fourth Final Four and we’re going to be there to see it. They’ve won 9 games in 19 days…why not make it 11 games in 28 days :) 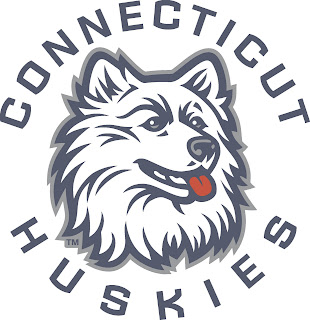 #4 Kentucky beat #2 North Carolina and an unlikely #11 VCU crushed #1 Kansas to round out the Final Four, making it the most remarkable, implausible, inconceivable, unbelievable, unfathomable, preposterous and insane Final Four ever. Two mid-majors and two power conference teams will battle it out. Two young and up and coming coaches will battle it out against two legends. Young? Yes. VCU’s Shaka Smart (33) and Butler’s Brad Stevens (34) combine for 67 years of age, while Connecticut’s Jim Calhoun is 68 years old. Not only is it the first time without a #1 or #2 seed, but when the tournament started, Butler’s odds of winning the entire tournament were 1 in 2,506 and VCU's odds were 1 in 203,187! In the six Final Fours from 2006 to 2011, VCU’s conference (CAA) and Butler’s conference (Horizon) – 2 each – have each sent more teams than the Big 12 (one) and the Horizon League has more Final Four victories (one) in that span than the Big East, which hasn't won a game since Connecticut's 2004 national championship. Thus the term, MARCH MADNESS!! 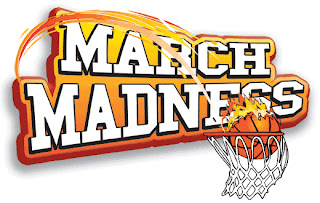 Paul & Sue put their names in a lottery for these Final Four tickets over a year ago (and found out they won the lottery in August), I booked a hotel room in May (just in case...) and our flight in November. We couldn’t have dreamed that Connecticut and Butler would be there...Now that they are, we’re eager to arrive in Houston and get the festivities underway.
GO HUSKIES! GO BULLDOGS!
Posted by Shannon at 3:38 PM