On February 20th, the NBA All-Star game was hosted in Cleveland at Rocket Mortgage Fieldhouse. Steve had been preparing for this weekend for nearly an entire year, so it was kind of a big deal. Ticket prices were outrageous and because tickets were controlled by the NBA and not the Cavs, Steve wasn't offered his typical Cavs comp tickets.

I just figured I'd stay at home and watch the game on TV and go to bed early. Steve would be working late anyway. No big deal.

But then Steve entered a contest at work and WON!

Obviously I was more excited than he was and immediately called my brother Sean and asked if he was available. He sure was!

So Sean and I headed downtown for a game that was a "bucket list" event for both of us. The NBA All-Star Game. Very cool! 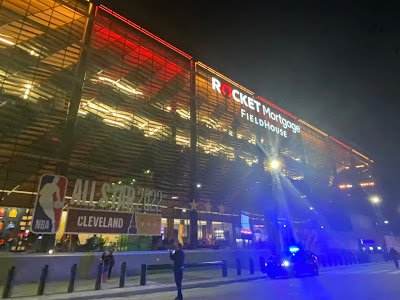 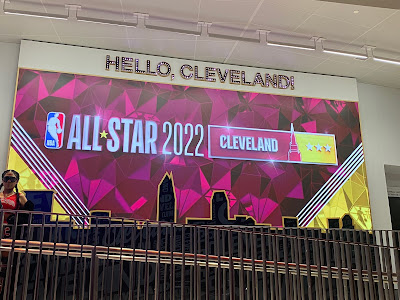 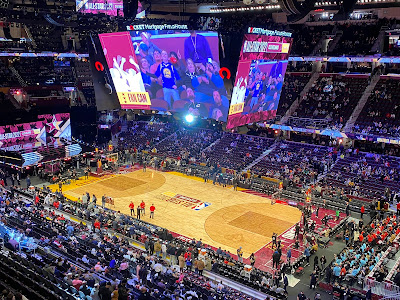 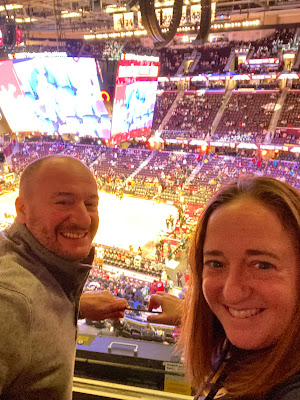 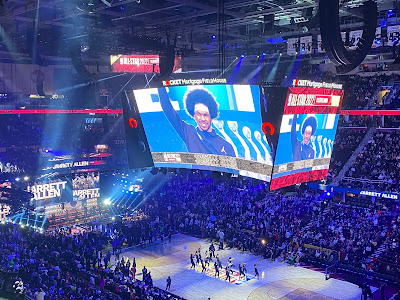 It was quite an event and a bit of a spectacle. There were celebrities galore. Team Durant vs. Team LeBron ended in a 163-160 victory by Team LeBron. He was home again :)

Steve was sitting at the end of the scorer's table for the duration of the game, so you can see his tiny little head in the background of some of these pictures. 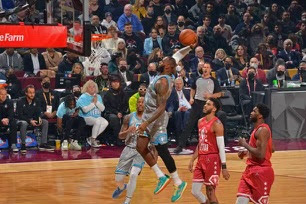 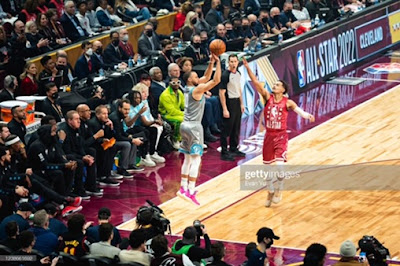 The highlight was the 75-year celebration with the greatest players of all-time. Steve was within arm's reach of some of these guys! 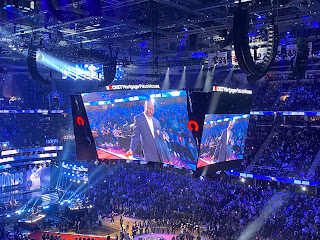 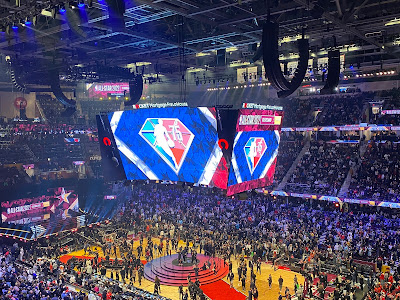 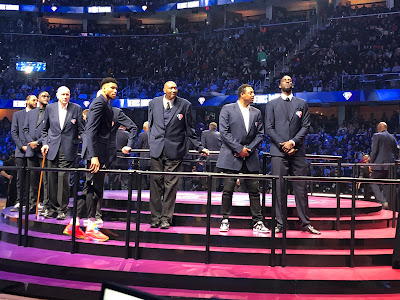 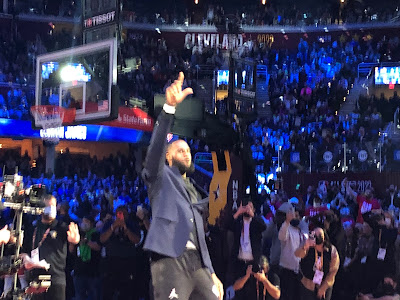 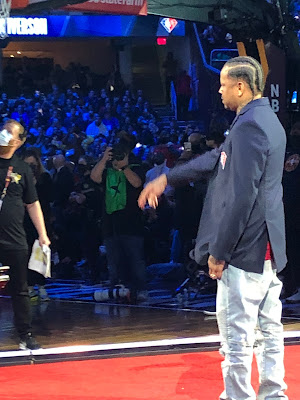 Cleveland had also hosted the All-Star Game 25-years ago during the 50-year celebration of the NBA and the 50 greatest players. Steve was working for the Cavs when that game was hosted in Cleveland too! 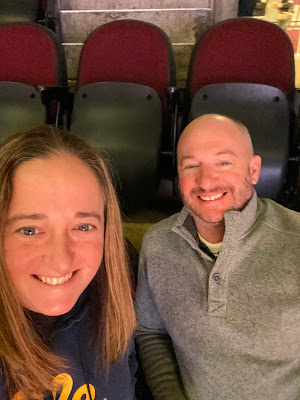