The 2016 NBA playoffs are underway! 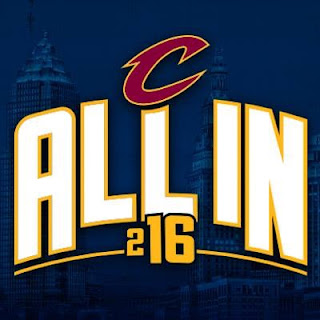 The Western conference is considerably better than the East this year so I am predicting the Cavs breeze through the East. Yes, that’s a lot more confidant than I’d like to admit, but it’s the truth. Last year, the Cavs had the Celtics, Bulls and Hawks. This year, they have the Pistons, Hawks and likely Raptors. The Raptors are a force, but not a force I’m really worried about. The West is a different story and it’s not a breeze.


In preparation for the NBA Playoffs that will likely consume us for the next couple of months, I bought the remaining All for One beer from our local Giant Eagle. Our tradition of a bottle on the windowsill for each victory continues! 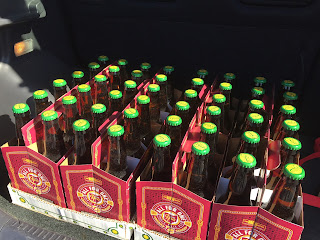 We also started a new tradition where we have Cavs bobbleheads watching the game with us. They obviously enjoy watching themselves on TV and after a good play, they might get a head dap or high five. Superstitious and weird...The Schurs become different people during the Cavs playoffs. 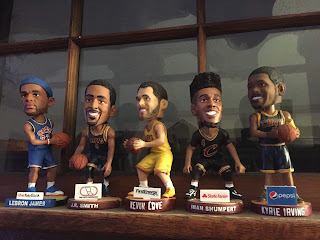 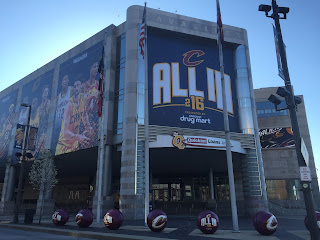 Sean and I attended Game One together and they didn’t make it easy. It was a fun game to watch and as much as I wanted a blowout, both teams made it entertaining. 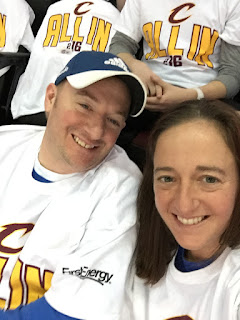 If the Cavs Big Three of LeBron James, Kyrie Irving and Kevin Love combine for 75 points, the Cavs will win. That's my prediction. We'll see how it pans out. 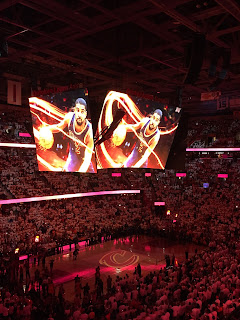 Detroit started the game shooting lights out and it seemed as through they couldn't miss. Not known for their 3-point shooting, the Pistons made 10 of 16 three's in the first half and shot 62% from the floor, finishing with a 58-53 halftime lead.

We knew Detroit couldn't continue shooting the ball as well in the second half and we were right. The Cavs tightened the gap and outscored the Pistons 23-20 in the 3rd quarter to come to within two points entering the fourth. 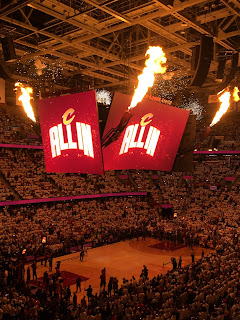 The two teams went back and forth until Love buried two consecutive three's to put the Cavs ahead by four and finally allow the sellout crowd a chance to relax. The Cavs were able to overcome a seven-point deficit by outscoring the Pistons 30-18 over the final 10:52.

Irving scored 31 points, while Love added 28 points and 13 rebounds and James added 22 points and 11 assists. The Cavs Big Three combined for 81 points to lead the Cavaliers to a 106-101 victory. 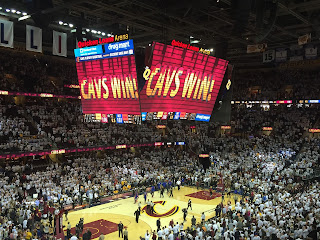 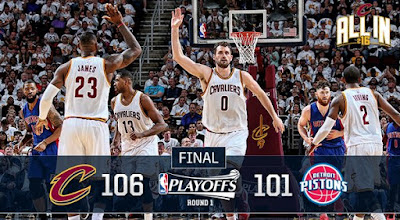 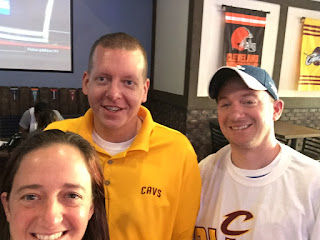 The three-point shot was the telling stat for game two. Cleveland tied a NBA playoff record for made threes in a game as they made 20 of their 38 three-point attempts on 52.6% shooting.

The first half remained close as Cleveland outscored Detroit 55-53 behind 15 points from J.R. Smith. The Cavs pulled away in the third quarter by outscoring Detroit 27-15 to solidify their lead and protect home-court advantage. They did it with a flurry of six three's, including two by Smith.

LeBron James led the team with 27 points, while Kyrie Irving and Kevin Love added 22 points and 16 points respectively. The Cavs Big Three combined for 65 points, but a 21 point contribution from Smith helped them pull out the 107-90 victory. 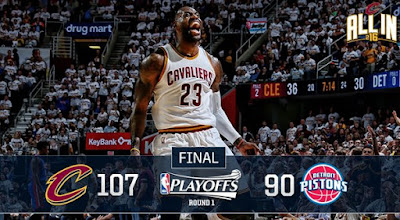 With his seven made three's. J.R. was my player of the game and had the honor of watching post-game interviews with me. 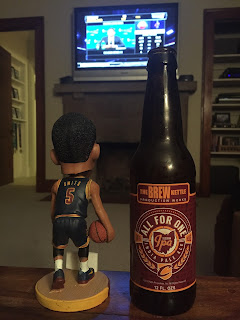 Steve and I watched game three in the comfort of our own home. We are very superstitious and ate our traditional Cavs playoff dinner…jalapeno cheddar chicken sausages from the West Side Market. 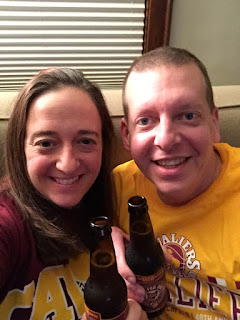 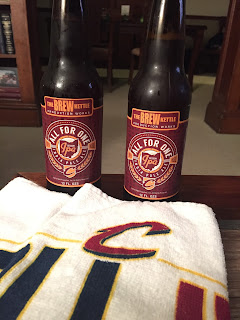 Game three was another close battle. Both teams kept it interesting and with 17 lead changes and 12 ties in the first half the Cavs held onto a 54-53 lead entering halftime. Kyrie Irving provided a lift in the second half and with the Cavs up by nine in the fourth, Detroit went on an 8-0 run. Irving responded with a 3-pointer and then finished them off with another made three to take a 98-90 lead with 0:43 remaining. Kyrie finished the game with 26 points to lead the team in scoring. James finished with 20 points and 13 rebounds, while Love scored 20 points and 12 rebounds.
The Cavs Big Three combined for 66 points in the 101-91 win and a 3-0 lead in the series.
Three down...13 to go. 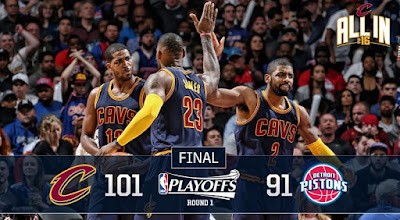 This series hadn't necessarily been nerve-wrecking, but Detroit stayed competitive and game four was no different. Kyrie Irving finished with 110 points in the series and he showed his stardom again in game four. Kyrie scored 20 of his 31 points in the second half, and the Cavs finished off a four-game sweep of the Pistons, holding on for a 100-98 victory. It was his midcourt buzzer beater that put the Cavs up 81-78 after the third quarter and with Cleveland clinging to a one-point lead in the final minute, it was Irving who sank a 3-pointer from the right wing.

The Cavs Big Three combined for 64 points in the win and the Pistons have now lost 12 straight playoff games against Cleveland. 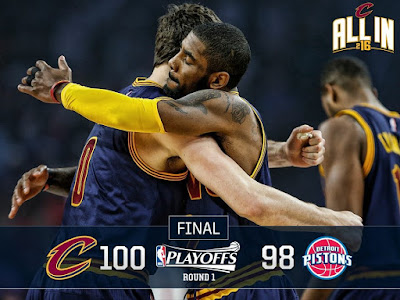 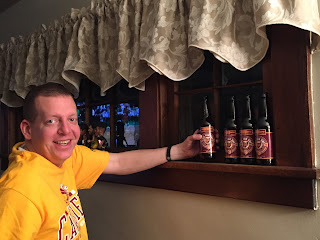 Kyrie was my player of the game. After averaging a team-high 27.5 points during this series, he has been quite stellar. 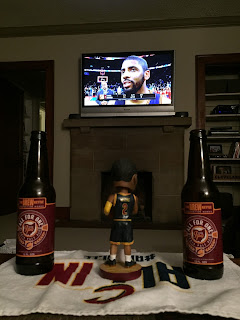 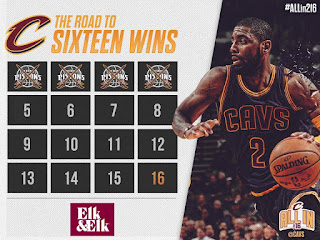 Bring on Atlanta!
Posted by Shannon at 4:32 PM