On Cinco de Mayo, Steve and I appropriately planned our own walking taco tour around . Our first stop was La Plaza Supermarket, the local Mexican grocery store. They regularly have a taco cart outside of the store, but you can always get them inside as well. We opted for a chorizo and barbacoa and were not surprised to find authentic tacos with fresh ingredients and homemade corn tortillas. 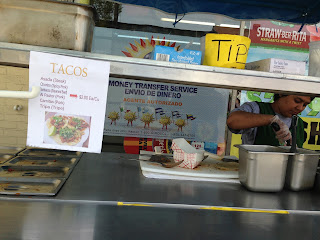 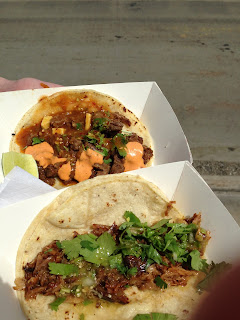 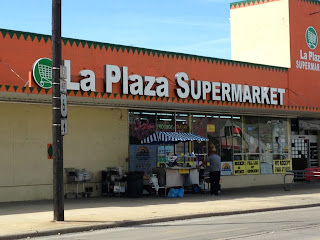 Despite our efforts, Taco Tontos was closed on Sunday so we made our way to El Tango Taqueria. Even though it’s typically one of our favorite Mexican spots in , their chicken taco was disappointing compared to the competition. 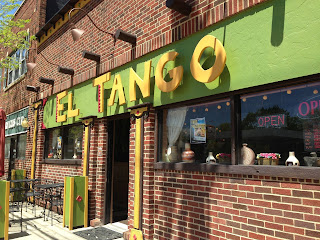 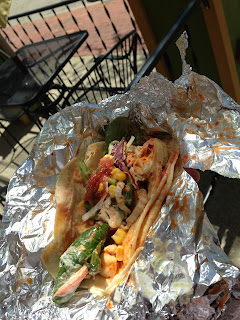 Taco was a must-stop on the tour. Neither of us could remember the last time we visited a Taco Bell (not within the past 15 years) so we had to give the Dorito taco supreme (no tomato!) a try. It was quite tasty and worth the $1.29. 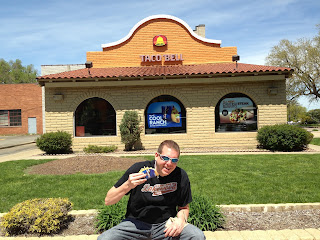 We popped in to see my mom and Rich and they joined us for the next few stops, including . The four of us shared three hard beef tacos and another three soft chicken tacos. 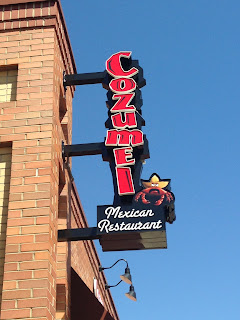 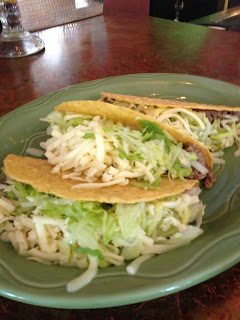 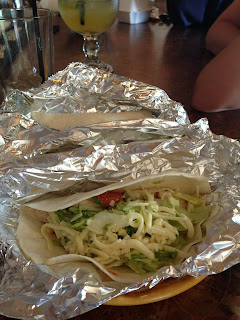 Plank Road was next on the agenda where we sat on their back patio and enjoyed a pint of Modelo. Steve and I choose their vegan and chicken tacos. The vegan was outstanding with a nice mix of pickled vegetables and a welcomed change from the traditional beef and chicken we had throughout the day. 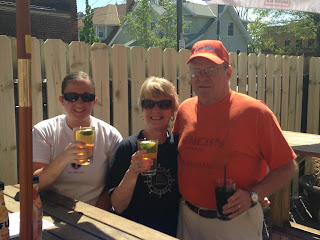 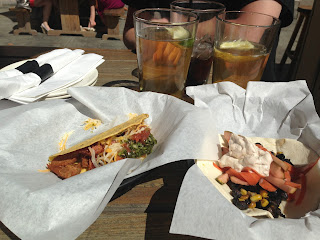 Chipotle followed where we shared three soft tacos with chicken, barbacoa and carnitas. We always love Chipotle, so there were no surprises…just deliciousness. 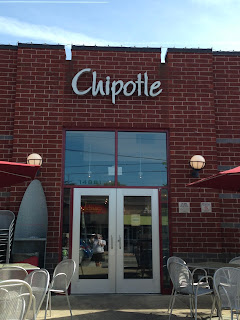 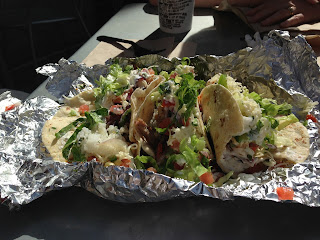 Our final stop was Barrio, the newest establishment. Barrio opened their first location in Tremont on May 5, 2012, so why not open their second location on May 5, 2013? They did and we were there for the grand opening. Barrio has quickly become one of my favorite new spots. Their menu consists of a “create your own taco” concept with a variety of shells, fillings, toppings, etc. It’s within walking distance to our house and has a great happy hour…a Schur Standard. 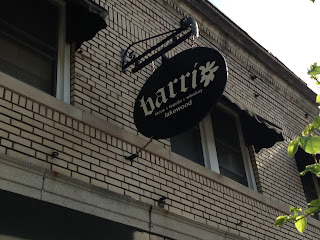 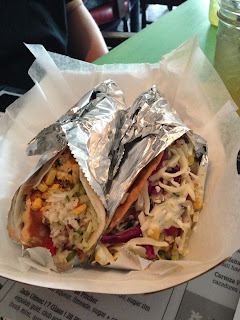 Cinco de Mayo 2013 was a huge success and we look forward to the next time we have an excuse to do more of the same!
Posted by Shannon at 9:31 AM