On April 4th, Steve and I flew to where we met our friends Jon and Greg for the Men’s Final Four. This would be our 4th Final Four and the first time we’d be sharing the experience with friends. We had a great time together and saw three great games. We created some fun memories and it's an experience we'll never forget.
On Saturday we watched the two semi-final games with another 75,000 in attendance. First up was vs. Wichita State. Louisville had an emotional ride leading to this semi-final match-up following the gruesome injury to Kevin Ware. They started slow, but Luke Hancock came off the bench to score 20 points for the Cardinals as Louisville came back from a 12-point, second-half deficit to beat Wichita State 72-68. 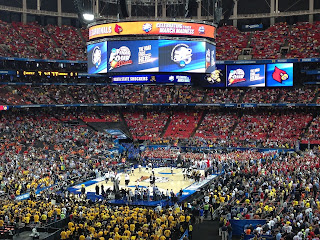 The second game was Michigan vs. Syracuse. Behind the leadership of Trey Burke, Tim Hardaway Jr., and Glenn Robinson III, the Wolverines pulled out the 61-56 victory and sent Syracuse and their sellar zone defense back to New York. 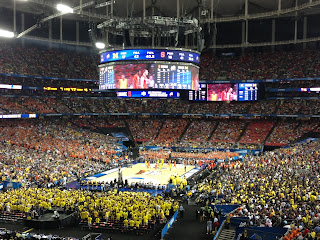 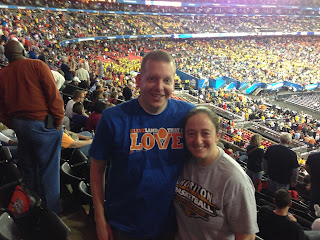 Outside of basketball we enjoyed a few different establishments around Atlanta. PittyPat's Porch was a favorite place for us to hang out because let's be honest, who can resist a rocking chair at a bar? 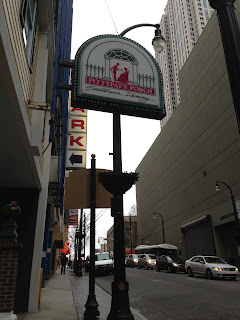 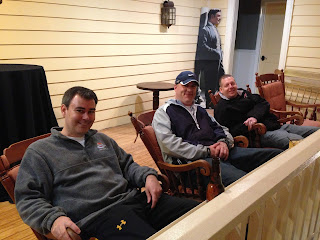 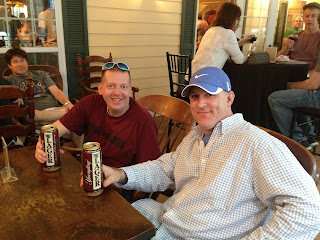 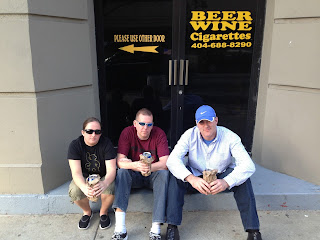 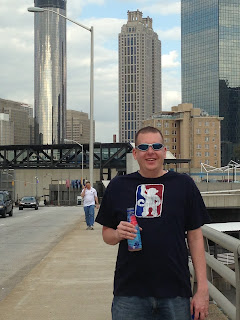 Elliott Street Pub was where we found ourselves before the games. A bit of a hole in the wall, but very close to the Georgia Dome, never too crowded and the beer wasn't too expensive. 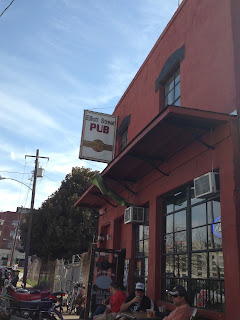 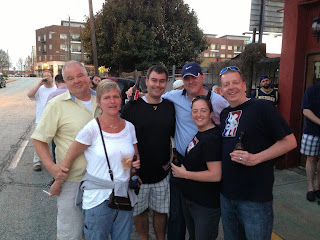 On Sunday we visited Bracket Town. It's really just a place for advertisers to set up shop, but also a great place for kids to play interactive games, etc. 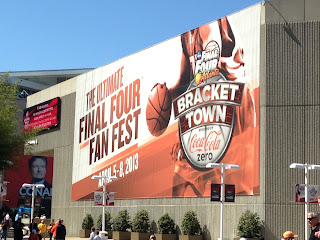 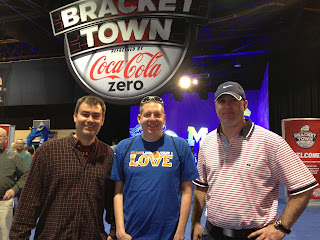 Monday night was the National Championship game where we saw Michigan vs. Louisville. Luke Hancock produced another huge game off the bench for Louisville, scoring 22 points, and Pitino became the first coach to win national titles at two schools when Louisville rallied from another 12-point deficit to beat Michigan 82-76 in the NCAA championship game. The atmosphere and the games are always fun, but one of my favorite parts of the night is watching "One Shining Moment" on the big screen. 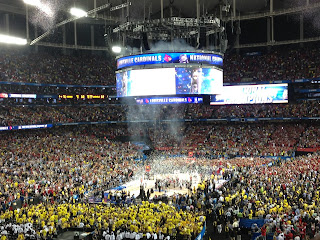 The Final Four in Atlanta was an experience and we have memories that will last forever. Thanks to Jon and Greg for joining the Schur's on another one of our adventures. It won't be long until we see you again...Cheers!
Posted by Shannon at 9:29 AM