We Are the Champions!

2016 WAS OUR YEAR!
Ahh. The year 2016 will forever hold some of our fondest memories. Not only did our beloved Cavaliers win the NBA Championship, but PIBE and SHIG also won the 2016 Ultimate Ultimate Fantasy Football League.
After 10 years in the league Steve and I FINALLY WON! It was awesome. We celebrated in January with a trip to Playa del Carmen and recently took our annual trip over Labor Day weekend to pick up our trophy (and draft our 2017 team) in Alexandria, VA 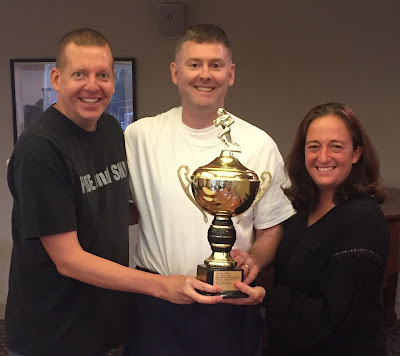 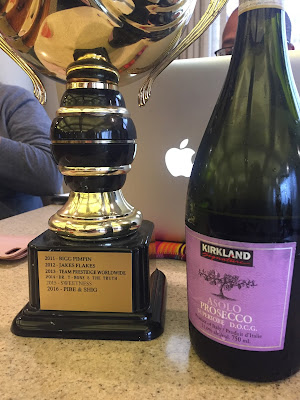 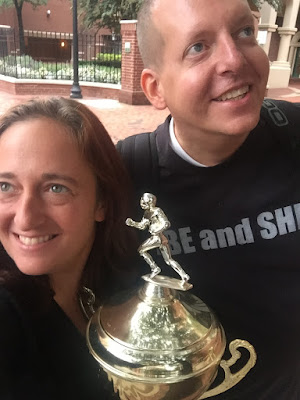 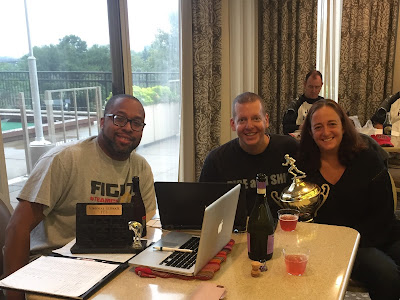 On a related note, Kevin also picked up his Horse's Ass trophy for finishing last...for the second straight year. I guess there's always next year Kevin! 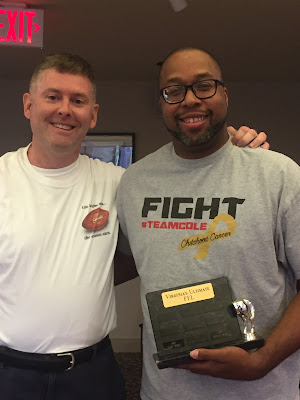 We had other fun over the long weekend which I always fail to document. We spent time with our friends Jenny, Bob, Jon, Katie, Todd and Gina...I wish I had pictures to prove it!
We're settling down for a little while and will simmer on our where our next adventure will take us.
We'll see you then!
Posted by Shannon at 1:28 PM