Steve and I recently had the honor to pose for a few (ok, more than a few) pictures with the Larry O'Brien trophy, also known as the NBA Championship Trophy!
There isn't much to say as the pictures speak for themselves. The first few pictures with Steve by himself was an opportunity for employees to take pictures with the trophy. They were given strict instructions not to touch the trophy, let alone hold it...well, Mr. Rule-Breaker brought his own towel to wipe off any evidence. 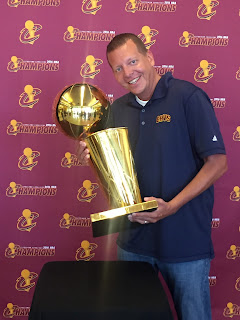 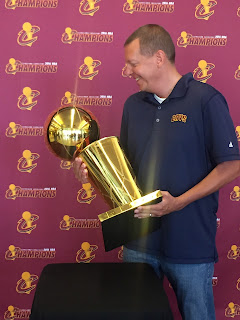 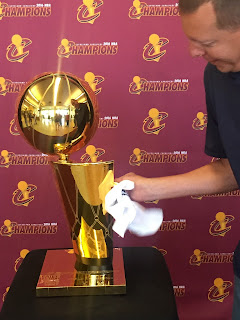 This set was from a special "employees and family" photo shoot. We waited over 90 minutes in line and clearly were not rushed to get through the pictures.
Yes, we wrote the script for the poses :) 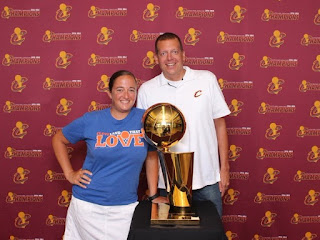 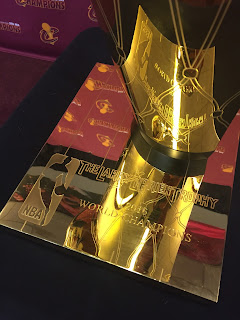 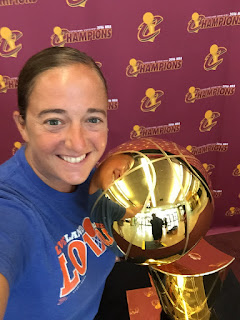 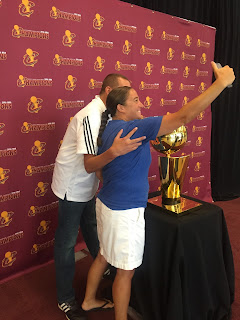 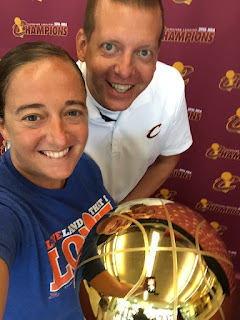 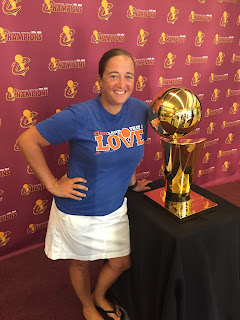 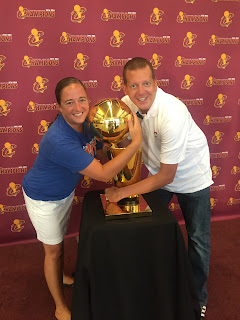 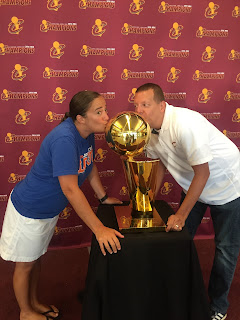 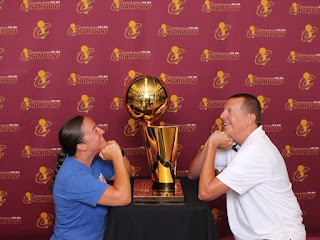 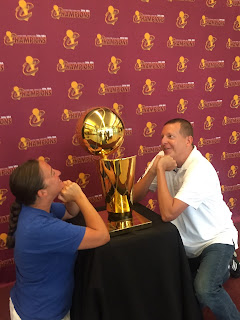 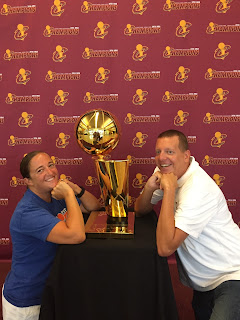 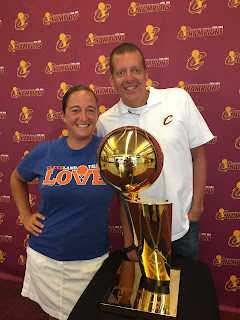