For the second straight year, we embarked on a fun-filled day of polka, perogies, pussy willows, Tyskie, Sobieski, kielbasa, cabbage and of course, DJ KISHKA! Yep, on Monday, April 9, 2012 we (along with 1,000’s of others) participated in Cleveland’s second-annual Dyngus Day! It’s almost impossible to explain the mass number of people who participated in this year’s celebration, but it was a fun day and we're already looking forward to next year's festivities scheduled for April 1, 2013!

What is Dyngus Day?? As much as I’d love to go into detail about my Polish heritage and stories from my youth and Dyngus Day traditions…I’d be lying. So check out the official Dyngus Day Cleveland Web site and let the professionals tell the real stories and traditions… http://clevelanddyngus.com/ 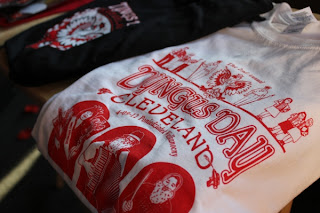 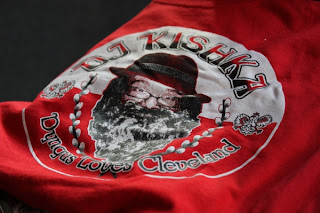 Our Dyngus Day began around 2 pm at Stone Mad where we watched DK Kishka perform his routine in front of a tame crowd of lunch-goers. Sobieski and Tyskie were the Polish drinks of choice. 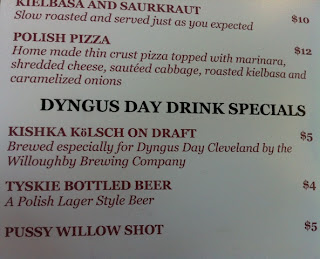 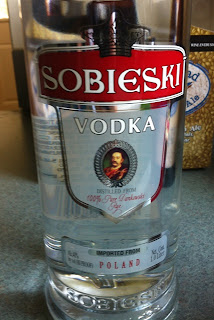 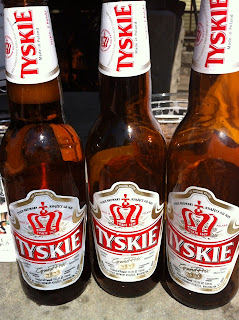 We were joined by mom, Rich, Sean, Alex, Meredith (Alex’s sister who flew in from Chicago) and Dan (Sean’s friend who drove up from Columbus). 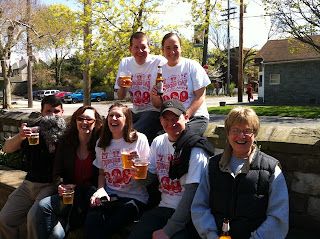 We were early enough for Dan to get whipped with a pussy willow by a total stranger, get a bunch of free t-shirts and consume a couple of Tyskie beers. 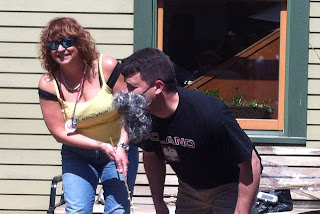 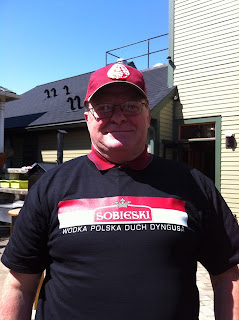 Willoughby Brewing Company even brewed a “Kishka” beer for the occasion! 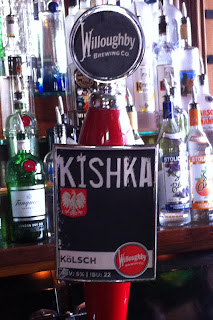 Our next stop was the Happy Dog, so we all piled into Rich’s mini-van (which serves as an amazing party bus) and made our way about ½ mile to West 65th & Detroit, where we watched “Those Guys” polka band perform. 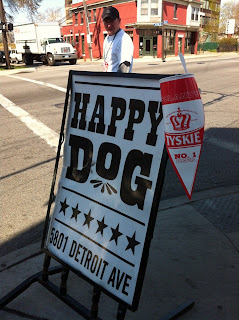 By this time it was about 4 pm and the place was packed with a mix of people. The beauty of Dyngus Day is that it’s an all-day event (12 pm-2 am) celebrated by young and old, polish and non-polish, drinkers and non-drinkers. My personal favorite was the group of older women with pussy willows, squirt guns, mardi gras beads and rain caps so their hair didn’t get wet. You truly have to see it to believe it. 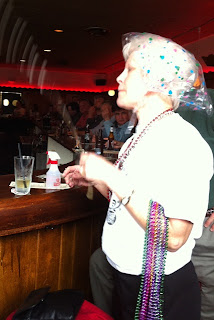 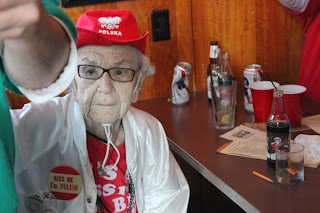 The Parkview was next on the list. We surely didn’t want to miss the crowning of Ms. Dyngus 2012! The crowd was insane at this point. We could barely move and when we got beer, we got beer for the masses. We watched DJ Kishka perform again, then prepared for the accordian parade! 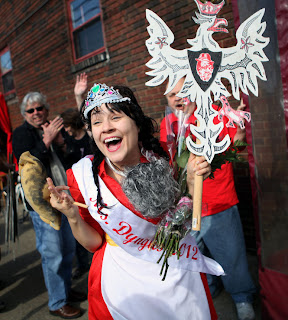 The parade was led by Ms. Dyngus, dancers and musicians up West 65th and back to the Happy Dog. I’m not sure we were actually a part of the parade or if we were just slowly walking behind it. Either way, we felt included and it was much better weather than last year. 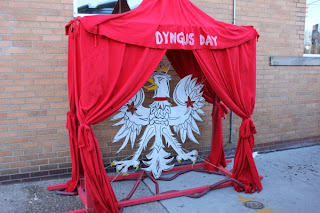 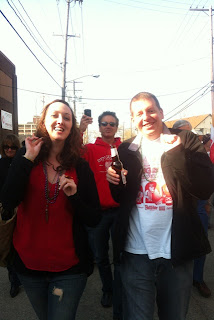 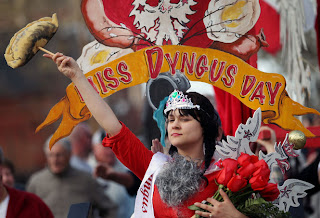 Back at the Happy Dog, we watched DJ Kishka perform (of course) until we thought it was time to venture elsewhere. We popped in at Luxe, then to Spice Kitchen and Bar then onward to Reddstone. The walk to Reddstone was long, but we were on a mission and moved forward. 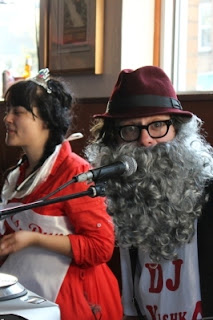 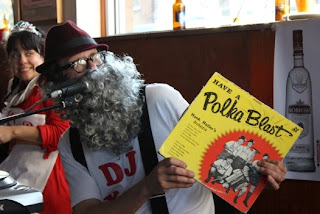 The main part of Reddstone is actually closed for construction, but they opened their upstairs room for this most special occasion and this is where the Kishka performed. Outside they had tents with food trucks and beer sales. 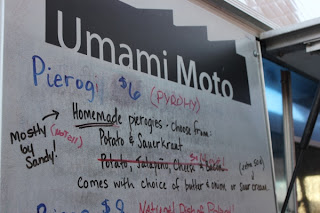 There we saw a few other people we knew, including Ms. Dyngus and my old friend Becky. 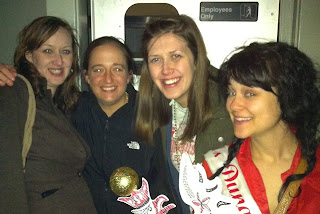 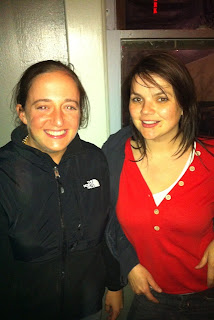 Unfortunately, we never made it to the Battery Park Wine Bar or XYZ, but that’s probably a good thing :) Dyngus Day 2012 was quite the event...please take my advise and join in next year's celebration. I know we will! Na zdrowie! 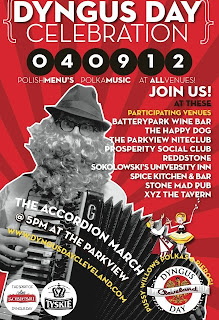