A Weekend in Northern Virginia

This past weekend Steve and I had a totally awesome time visiting our friends Jenny & Bob (and Albert & Otto) at their home in Reston, Virginia. We always have a great time together and it's unfortunate that we live 6 hours away. Despite the distance, we really try to get together a few times a year and it is always super fun…
Our weekend consisted of lots of great food, libations, late nights and great conversation. Our trip started on Thursday night as Steve and I departed Cleveland after work and arrived in Reston around midnight. Rather than going straight to bed like responsible adults, we enjoyed a few cocktails and conversation and before we knew it, it was 2:30 and time for bed!
It's no secret that Jenny and I love our wines (she the reds, me the whites), so on Friday we headed out to a few wineries in the area where we tasted some really great wines. Steve and I have done wine tastings in California (great!), Ohio (okay...) and South Carolina (blah!) and we were happy to add Virginia wines to our list! In the end, Steve and I agreed that the VA wines far surpassed those from Ohio, but California still tops the list...not too surprising :) 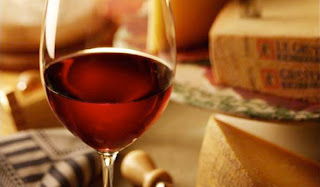 If you're unfamiliar, wine tastings range from $5-$20 and typically include a 1 oz. pour of each of the wines selected by the winery. Oftentimes, you can choose from a "reserve" list, which are their finer (a.k.a. more expensive) wines, but we usually shy away from them because chances are slim to none that we're going to splurge on a $40+ bottle of wine...and it's more expensive to taste them.

Our first stop was the Tarara Vineyard and Winery. The scenery was beautiful as the winery overlooked the Potomac River. We tasted six of their delicious wines and then were off to our next stop… 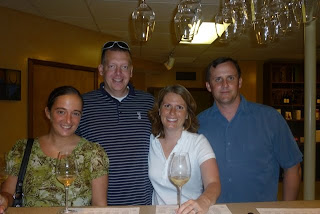 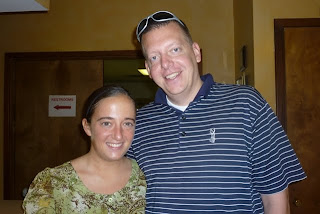 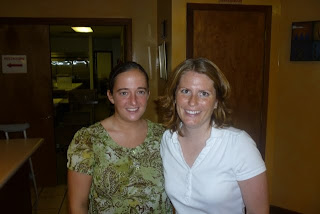 Our next stop was Fabbioli Cellars and these were some really great wines! We tasted eight different wines and we really enjoyed a lot of them. We actually liked them so much; we opted to purchase one bottle of the Cabernet Franc and one bottle of the Chambourcin. 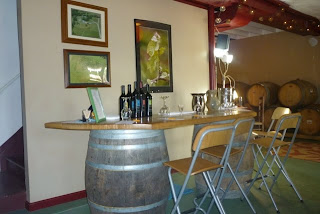 After our tasting, we shared a bottle of their Cabernet Franc and enjoyed a simply DELICIOUS lunch prepared by Jenny. She went above and beyond your standard picnic fare with cheese and crackers (with jalapeno jam), chicken salad, deviled eggs and edamame salad...quite spectacular. 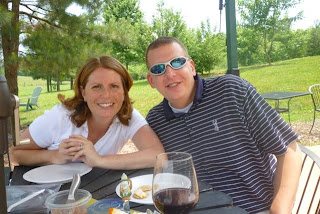 We took a quick ride on White’s Ferry...the only cable ferry still operating on the Potomac River for travel between Virginia and Maryland. (Note: The picture below is proof that I did have my crutches with me!) 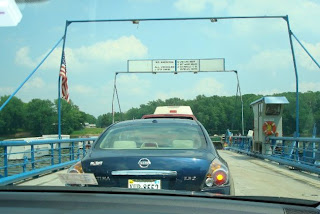 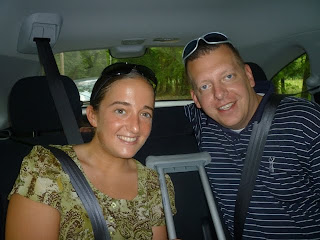 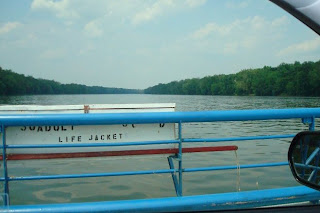 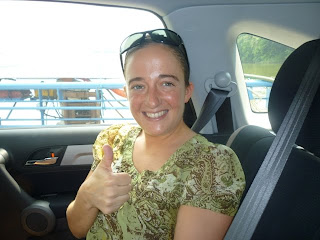 We returned back to their place for a quick nap and then headed out to the town square for some more food and wine. We ate a fabulous dinner at Jackson’s Mighty Fine Food & Lucky Lounge...particularly delicious were the lobster roll & grilled corn (see below). 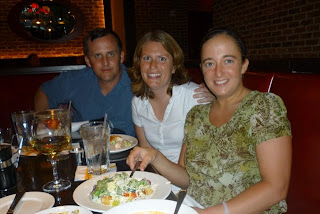 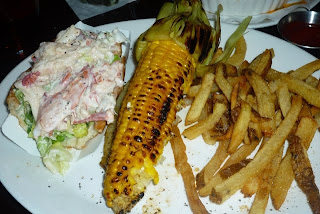 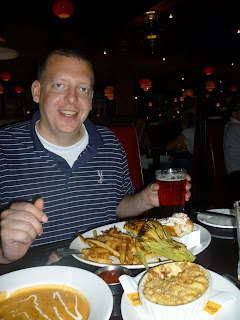 Dinner was followed by some wine at The Boxwood Winery Tasting Room & Wine Bar. 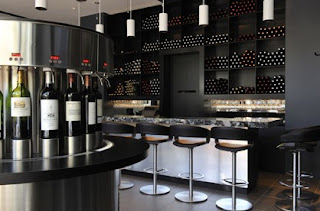 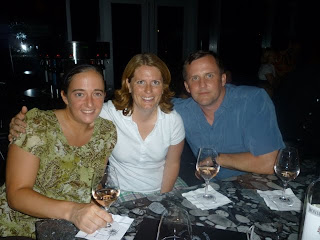 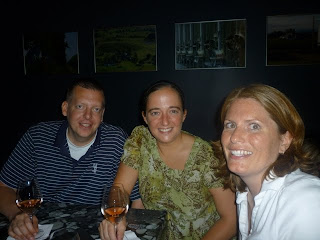 The Tasting Room has an enomatic, which is a self-service wine dispenser. We were able to purchase a wine card, which is inserted into the machine for a variety of 1 oz. 3 oz. or 5 oz wine samples. If you like the sample, you can buy a bottle or a glass of the offerings. 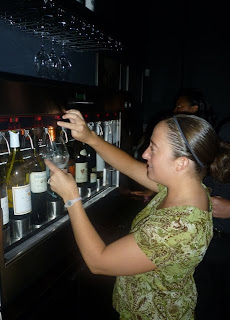 On Saturday Bob went to class, while Jenny, Steve and I slept, grabbed some lunch at BW3 and then to the best grocery store in the world!! Wegman’s is paradise…really. Even Steve is in grocery store heaven whenever we are in a Wegman’s. Despite our intent to simply browse this magical place, we left with a cart full of goodies :) 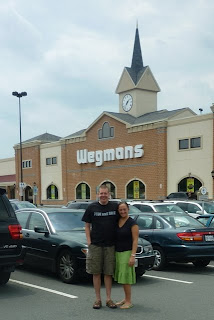 We returned to Jenny & Bob’s to nap...again and later that evening had dinner at Mon Ami Gabi, a classic French Bistro in the Reston Town Center. Jenny and I enjoyed steak frites with a Béarnaise sauce, while the boys had a really fantastic burger. We followed dinner with drinks at The American Tap Room and The Boxwood Wine Bar and finished the evening back at Jenny & Bob's. Great times! 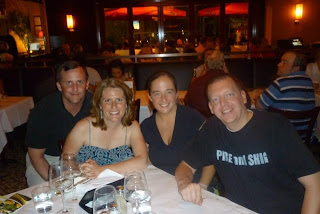 On Sunday, we grabbed lunch at the Silver Diner before heading home...Like I said, it was a weekend filled with lots of food, libations, conversation...and most of all FUN!
In less than a month, we'll be doing a lot of the same with these two...but instead of Northern Virginia, we'll be wrecking havoc on the beaches of Florida! Until then, we'll cherish the memories and look forward to making new ones in the very near future!