The 2008-09 NBA season is one that will be hard to forget! There were many ups and downs and although the Cavs eventually lost to the Orlando Magic in the Eastern Conference Finals, it is still a season worth remembering. Our beloved Cleveland Cavaliers posted a league-best 66-16 record, earning them a #1 seed and home court advantage throughout the Playoffs. What makes this even more special is that Steve and I have a history with the Cavaliers. Of course, I was raised a Cavs fan and basketball has been a love of mine for many years, but when you live and breathe with a team, it becomes so much more than a hobby…it becomes an obsession. Steve began working for the Cavs during the 1995-96 season and hasn’t left! Quicken Loans Arena (a.k.a. Gund Arena) is also where Steve and I met in the summer of 2000 when he hired me to be his intern in Cavs PR. I returned to work for Cavs & Rockers PR for a few years after I graduated from college while Steve moved departments and to his current position in IT. Several years have passed and many things have changed. Instead of the pathetic 30 win, 29 win and 17 win seasons, the 2008-09 season had us enthusiastic about record-breaking statistics and record-breaking performances. We had so much to cheer for with the league’s MVP leading the way.

The Cavs Playoff atmosphere is like no other sports experience I’ve ever had. Unfortunately, Steve has to work all of the home games, but I have great friends and family that I was able to share this incredible journey with. 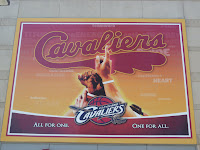 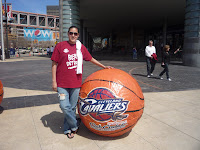 
Liberty & Shannon ~ Round One, Game One 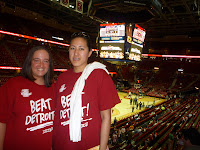 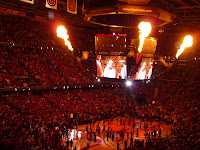 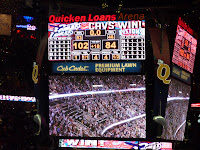 Liberty & Shannon ~ Round One, Game Two 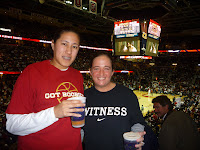 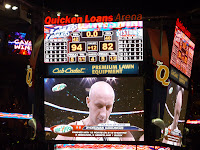 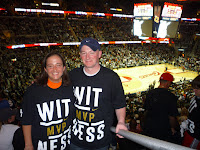 Steve's longtime friend (Eric Hodge) was visiting Cleveland on business during the Eastern Conference Semi-Finals so he was able to attend the game with me. Here we are prior to the game at The Harry Buffalo...Mom, Eric, Shannon & Liberty 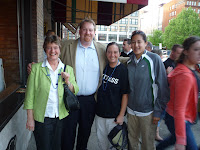 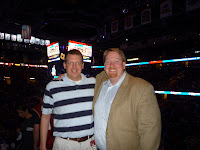 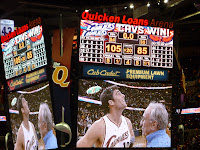 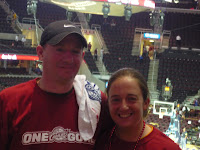 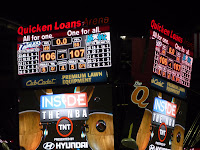 Shannon & Steve the morning of Game Two...We both put on the same shirt without realizing it :) 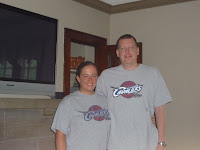 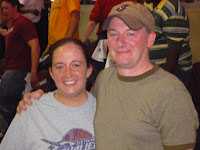 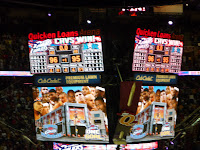 It’s been 13 years since Steve Schur came from Connecticut via South Carolina to Cleveland and this was finally the year where the Cavs gave us a great chance at an NBA Championship. It's really too bad that this great season had to come to an end so soon, but there's always next year! 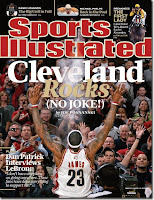